Asterix and Obelix: Kick Buttix (also known as Astérix & Obélix XXL in Europe) is a Beat-Em-Up and platforming title for PS2, PC and Gamecube, released November 21, 2003 in France. It was published by Atari and developed by Etranges Libellules
Game Boy Advance PlayStation 2

The story begins with Asterix, Obelix and his dog Dogmatix going out of their village for a hunt. A storm approaches and a lightning scares Dogmatix, who runs into the deep woods. The two gauls separate to look for him. Asterix eventually reaches the exit of the forest, only to find the village burning in flames, empty of its inhabitants and occupied instead by the enemy roman forces. He meets a suspicious, hooded man who reveals himself to Asterix as a former roman spy, who suddently got relieved from his job, despite being Caesar's (the main antagonist, leader of the roman Empire) best spy. Mad after the Empire, he offers his help to Asterix, to "reveal all of the Empire's secrets". After going through the village, Asterix finds Obelix in his stone-pit, still looking for his dog. The former spy proves his good intentions by retrieving the dog. The gauls manage to catch up to a roman cohort holding Getafix, the village's druid, in a cage. Upon freeing him, Getafix explains he and all of the other villagers have been attacked by surprise, captured and then taken away to different conquered countries of the Empire. He shows them their next destination before going back to the village. Asterix, Obelix and Dogmatix, helped by the spy, then set off across all the Roman Empire to rescue their friends, held by entire legions of romans.

The game follows Asterix and Obelix through six large worlds (Gaul, Normandy, Greece, Helvetia, Egypt and Rome), the main goal is to progress while clearing many areas blocked by roman armies, ranging from a few to more than a thousand in a single battle. Each level contains puzzles requiring the player to make use of the two gauls' abilities: Asterix can grab a torch to light fireplace and open paths with explosive barrels, can go through narrow passages and enter a cable car, while Obelix can pull enormous stones, and break iron crates without the use of magic potion. Many gameplay mechanics will require both characters to activate, such as the Maximus Cannon who can be fired by Asterix while Obelix moves it. Some levels also feature sliding segments where Asterix climbs on Obelix while he slides on his back, and boat segments where Obelix will push the boat while Asterix holds the bar. They eventually face a boss at the end of each foreign country that can only be taken down with the two heroes' abilities. Upon defeating each boss, one or two villagers are set free from their prison and will give the gauls informations about their next destination. While both characters have in their moveset the classic attacks coming straight from the comicbooks, such as the good old bash, the ability to grab a stun roman and spin it over the head in order to use him as a weapon and the return of the powerful magic potion for Asterix, they have access to a wide variety of moves. Most of them must be purchased to a merchant who installs his tiny stall in various places, and he uses roman helmets as a currency: helmets are either dropped from romans, scatered around or stored in crates. These special moves are commonly known as combos who can be used once the player fills up entirely a bar on-screen by bashing romans. Each combo has an input combinaison and upon a successful input, the player will launch a powerfull attack while consuming part of the combo bar. They range from simply using a roman as a club to stun all nearby enemies to turning into a devastating twister who can wipe out hundreds of enemies in a single use. On top of that, Asterix' magic potion grants him over a short period of time a faster running speed, a triple jump ( instead of the usual double jump ) and the ability to defeat almost every enemy after a single hit.

The PS2 European version, also known as the initial release, features a unique text font, that was no more used in the later releases due to it being difficult to read on the old TV displays of that time ( and the interlaced 480i display of the PS2 struggling to offer a constant 50FPS otherwise ). The design of the numbers on screen (who on this version were seemingly made out of stone) was kept for later releases but they'll be made out of metal instead and the letters will be replaced with something close to the "Arial" font. The game also contained a crash upon buying the last piece of a bonus picture in the gallery menu, preventing to complete the game in true 100%. Thankfully, it was completely optional and had no impact whatsoever on the playthrough.

The North American version of the game included some extra basic explanations about this universe's main plot before the actual introduction of the game, due to Asterix' low popularity outside Europe. This said introduction can now be skipped. The term "Kick Buttix" only appears on the boxart and the title screen will simply say "Asterix & Obelix". This and a few other minor changes, the game remains the same than its European release.

The Gameboy Advance version features the same plot, but contains different levels, music and mechanics, while trying to remain similar, in an impressive 3D environment, pushing to handheld to its limits. The developers, Guillaume Dubail & Fernando Velez, are known for making technically impressive handheld games, such as "Ironfall" for the Nintendo 3DS, one of their latest titles. With the exception of the slide segments, there is only one of the two heroes on screen, but it is possible to swap between them at any time. Dogmatix, however, isn't on the field.

The development of the game started in early 2001 when Infogrames, a company responsible for many releases of older Asterix games, and in a constant loss of popularity due to the extreme difficulty or bad programming of many of these games, decided to give the developing task to Étranges Libellules, a french videogame development company created in 1994 in Lyon. At this time they had about a hundred members and were concluding the development of Pink Panther - Pinkadelie Pursuit on PS1/PC. They were granted the task to bring Asterix to the latest generation of consoles being the Gamecube, PS2 and XBox. The project gets unveiled later to the public in a "vertical slice" as "Asterix & Obelix: Next Generation", showing a video of Asterix and Obelix already in something close to their ingame graphics, dealing with a handful of romans on an open field. Many sounds and visual effects were made close to the comicbook's look, but will be scrapped later. During the development, Infogrames buys the now bankrupt company "ATARI", and will use that name onwards.

According to a 2003 episode of RE-7, a gaming show airing on Canal-J ( a french TV channel ) until 2009, where reporters get to visit the developers' workplace soon before release, the game also got between late 2001 and early 2002 the name "Astérix & Obélix - La Grande Aventure ( The Great Adventure ), and was displayed on a huge poster hanging in a corridor, showing two concept maps of levels, drawn in Illustrator. One of the two levels shown will not make it to the final game, just like about 50% of all the concept maps, according to one of the developpers.

The developers also gave the reporters a look to canceled suits for Astérix and Obélix, such as Cow-boy and Martian ones. We finally get a look into what the programming tools were capable of: their exclusive tool named "Kal" allowed the programmers to switch instantly from programming to testing, "a hand on the controller and the other on the mouse" as shown. Despite the game's box mentioning the use of "RenderWare" by Criterion Software, it's precise use in the development is still unknown.

From 2002 to the first release date ( November 21st 2003 ), various screenshots and trailers were published, showing landscapes, gameplay mechanics, the player's moveset and some of the plot's main characters. One of the PS2 trailers featured images of a landscape seemingly made for Rome, but was never seen in the final game. 3 screenshots also showed pictures of an unknown Rome place.

It will only years later, January 9th 2018, when a speedrunner of the PC version nicknamed pyramidensurfer will make use of debugging and cheating tools he made for the game ( featuring the ability to go through walls, fly at will, etc... ) and discover strange objects left in the void behind Rome's entrance. Upon an in-depth look, it turned out to be the remains of these forgotten areas. According to one of the developpers, Rome was planned to be much bigger ( it is currently only 2/5 of its planned size ), but due to a lack of time they had to scrap the first 3 areas. All the landscape graphics have been removed and only some collision maps and working mechanics remain in the void, cut out from the rest of the level. There might be still things left undiscovered in this game.

The Playstation 2 being slightly weaker than its counterparts, the developpers started on this platform before porting to the others. In order to keep a nearly constant framerate of 50FPS in PAL regions and 60FPS in the North American release, the display was set to interlaced: the screen resolution of the PAL PS2 version is of 640x512i, while the PS2 NTSC version is of 640x448i. Using a regular PS2, the average loading time to enter a level for both versions is of 6 seconds, while the PS2 slim will take up to 13 seconds.
The Gamecube being significantly more powerful, the developers were able to use a progressive display while keeping a solid 50FPS: its screen resolution is of 640x528p. The Gamecube's average loading time is of 9 seconds. When played on a Wii ( and on the Wii U's virtual Wii via hacking ), this time is reduced to 7 seconds. 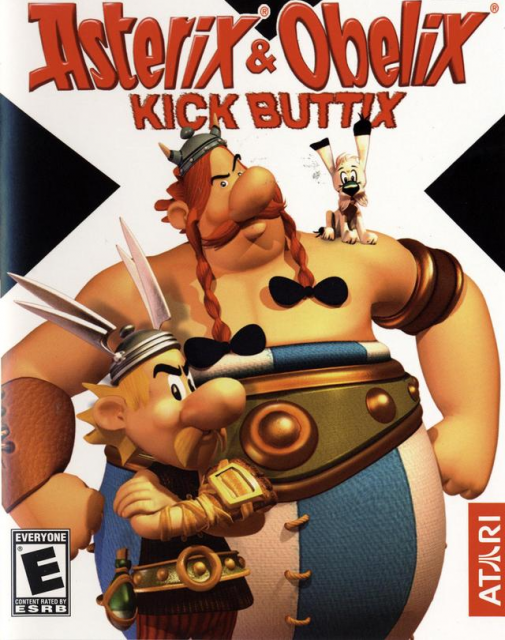