The gameplay revolves around the concepts found in many SHMUP (shoot-em up) games. Each character has a standard attack known as a primary attack and a secondary attack known as a Shikigami. The Shikigami attack is more powerful but slows down or stops the player completely. There are 5 levels consisting of two parts. Each part has a boss at the end. An art gallery, music player, and replays of the dialogue cutscenes are unlocked throughout the game.

Completing a stage earns a rank between F and SS.

Easy mode: Bombs are automatically used when the player is hit.

S3MIX mode: A different soundtrack from Castle of Shikigami 2 is used.

Dramatic Change mode: Select two characters and switch between them in game.

Reika Kirishima, one of the playable characters in Castle of Shikigami III, is an updated version of the character of the same name that appeared in the game Time Gal. 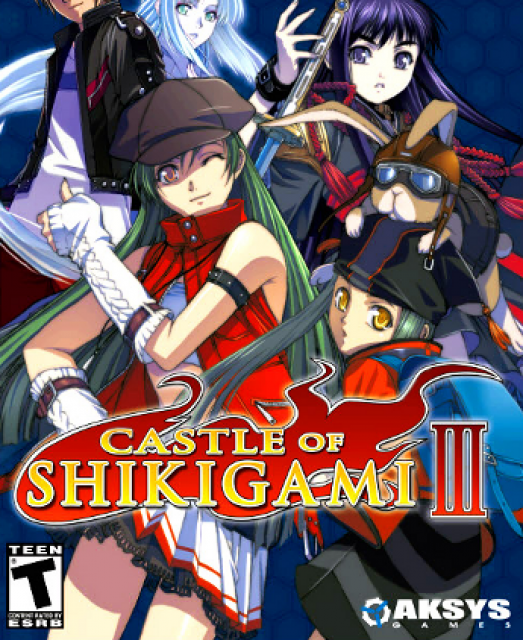