Based on the animated series and manga of the same name, Afro Samurai is a character action game that pits Afro (voiced by Samuel L. Jackson) against a horde of enemies. Published and developed by Namco Bandai Games Inc. with the help of Surge.
Xbox 360 PlayStation 3

The game follows the story of the anime, but the developers got permission from Okazaki (who has compared the Afro Samurai universe to that of Western comic book heroes; key elements remain the same but the details vary by story and medium) to come up with new canon in order to fill a ny of the holes left by the anime. New battles, scenarios, and characters were envisioned, and Samuel L. Jackson, and all other main cast members have returned to give their voice talents to the game. The game uses an cel-shaded look that allows it to resemble the anime very closely even rendered in the third dimension.

Afro Samurai is a third person action adventure game that gives you control of Afro as you hack and slash your way through hordes of enemies in a number of beautifully poetic, and violent ways. Afro Samurai uses a dynamic death system where no death animation is scripted, instead the player can cut enemies in any number of ways, and the body parts of the enemies will detach in real time. So you can cut off a variety of things, from the standard head and arms, to the more intricate hands, nails and toes. You can enter focus mode while playing, when you do this the screen goes black and white, and you can aim at where you wanna slice your foe. You can also use a ton of combos as well, using the X button for a light attack and Y for a heavy attack.

While RZA is credited as the music director, he was unable to fully contribute due to time constraints. Instead, he instructed the team on how he had went about scoring Afro Samurai and put them in contact with individuals able to assist them in delivering a sound similar to Anime. However, he did contribute a couple of tracks for use in the game.

Afro Samurai requires 3.3 GB of space to be installed on a Xbox 360 HDD. There is a slight improvement to load times when the game is installed. 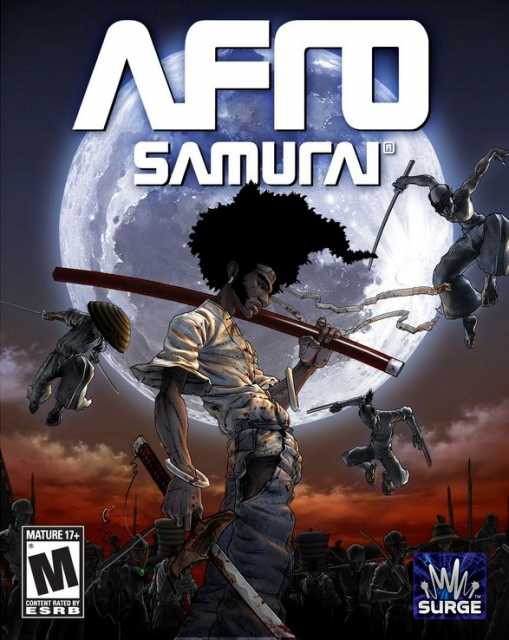