I Am Alive is a survival game. The story revolves around a man trying to find his family in the ruined Midwestern city of Haventon after a devastating, apocalyptic event.
Xbox 360 Games Store PlayStation Network (PS3)

I Am Alive is Ubisoft's entry into the survival-horror genre. The game follows an unnamed protagonist who is one of the many survivors after a mysterious disaster that hit the United States (the fate of the rest of the world is not made clear). He is trying to survive the new conditions and find his way back to his wife and daughter in the fictional city of Haventon. It is part of Xbox Live's 2012 House Party promotion.

Although Ubisoft initially claimed "nobody would buy" a PC version (due to piracy), I Am Alive was released on Steam and Ubisoft's own uPlay digital store (and various other services) on September 13, 2012 with enhanced graphics, an infinite-retries mode and a replay feature that lets players go back to earlier levels without deleting their save files to hunt for secrets.

The game was in development hell for many years, up until its eventual release in 2012, by which time it fell under the shadow of higher-profile, more plot-oriented, survival games, such as The Walking Dead and The Last of Us.

The gameplay of I Am Alive is composed mostly of traversing wrecked environments, scavenging for supplies, and surviving encounters with other people living in the city. Climbing, jumping and other activities are governed by a stamina bar, which is also used up when in lower areas of the city that are covered in clouds of heavy dust. When stamina is depleted, stamina capacity will then begin decreasing. Stamina quickly regenerates when it is not being used, but stamina capacity and health do not. Supplies restore combinations of stamina, stamina capacity, and health instantly. This is done through the inventory which can be accessed at any time, but uses up that item. Other supplies that may be found include pistol ammunition, pitons (which can be used while climbing to rest and recover stamina) as well as permanent items acquired through story missions that improve the player's capabilities (such as weapons, a grappling hook or a gas mask). Some items are extremely rare or difficult to access, or detrimental to the player, and exist as 'quest items' for other survivors, but are not identified as such and the player is free to consume them regardless.

When encountering other survivors they may be friendly, territorial, or hostile. Friendly survivors may provide items or need your help. The game has twenty of these survivors scattered throughout the world that need assistance; helping them usually requires giving up a rare supply, but provides an extra 'retry' and backstory on the event. Territorial survivors are suspicious, but will not attack unless threatened by the player (i.e. running, drawing a gun). Hostile survivors will eventually attack, but will approach the player casually if not threatened, giving the player the opportunity for a surprise attack. Survivors will not move far from their 'home' or respawn if killed, and carry few if any supplies.

Although the plot of the game is linear, choosing to do or not do certain things (such as resorting to cannibalism) as well as the selected difficulty affect the player's score at the end of the game. Levels have checkpoints; the player resets to the most recent checkpoint upon death but this uses up a retry; dying with no retries resets the player to the beginning of that level.

All versions of the game have at least two difficulty levels - normal and survivor, where supplies are rarer and the player dies upon taking any damage. The PC version has an easy difficulty with unlimited retries, and individual level replays.

There are only four weapons in the game: the machete, the pistol, the bow, and the shotgun. The view switches to first-person when aiming.

Machete: The player gets the machete early in the games tutorial level. The machete is the only melee weapon in the game. It can be used for forcing open certain doors and chains. In fights the machete can be used for surprise attacks and 'struggle kills' which are both guaranteed kills - the former is instant but the latter is not, and will be interrupted if the player is attacked by another survivor while performing it. The player cannot use the machete freely, and cannot select it as a main weapon or kill with it in any other way.

Pistol: The player begins the game with this weapon, but no bullets. Ammo is extremely scarce; it can occasionally be found during exploration or from dropped pistols of defeated enemies (hostile survivors with pistols have unlimited ammunition, but will drop only one bullet and only if the player has less than five). The pistol can also be used to shoot off certain locks. The pistol is very useful for intimidating enemies with only melee weapons into halting their attack, moving away from the player or surrendering, though some enemies can only be intimidated for so long. Most enemies will die in one shot. Enemies with body armor or firearms are not intimidated by pistols; body armor will reduce the damage enemies suffer only where it covers. Reloading is immediate when picking up bullets.

Bow: Adam gets the bow from Henry after rescuing Mei, initially with a single arrow (though more may be found through exploration). Arrows from the bow are reusable but must be collected by the player after use. It is a silent one hit kill on unarmored survivors. Like the pistol, the bow can be used to intimidate some enemies.

Shotgun: The player can get the shotgun as a reward for helping out one of the survivors in the game (requiring collecting far more supplies than any other). Ammunition is limited to the five shots it holds when acquired, but each shot can potentially kill multiple enemies at once or do more damage to armored enemies. It can be used for intimidation.

There are also environmental dangers that can be used when fighting - for instance, intimidated enemies may be pushed off cliff edges or into fires. The player will not walk into fires and will refuse to drop down or jump fatal distances, but will fall when climbing (usually to their death) if their stamina capacity drops too low.

I Am Alive was first shown at E3 2008. In Jan. 2010. Ubisoft announced development of the game was not satisfactory, and restart the project in their own house, Ubisoft Shanghai.

I Am Alive had been in development for about three years. It was set in Chicago. The main character, Adam Collins, aimed to find his girlfriend, who he lost contact with following the earthquake ("The Event"). His goal, too, was to gather enough survivors to gain the attention of government rescue teams.

Three other characters were revealed: Riley, a female doctor determined to save as many people as possible; Virgil, an African-American ex-soldier trying to protect a group of survivors; and Peter, a disabled ex-fire fighter, who set up a refugee camp.

Contrary to the released game, the scrapped version took place in first person view. The levels would have been more open and dynamic. There was a larger range of weapons such as assault rifles, although similarly rare. The game encouraged tactics, diversions, and discretion; avoiding, particularly, violent groups as much as possible, as confronting them would rarely be rewarded. (In the final game, some hostile enemies are avoidable, but many are along the linear sections and must be confronted).

The game was to include a hub in the refugee camp, where rescued survivors would gather and objectives would be given. Water could have been used for healing as well as distraction. The story of the game took place over nine days.

Ubisoft released I Am Alive for the PC on September 13, 2012, six months after the console version. It had improved graphics and these added gameplay modes: 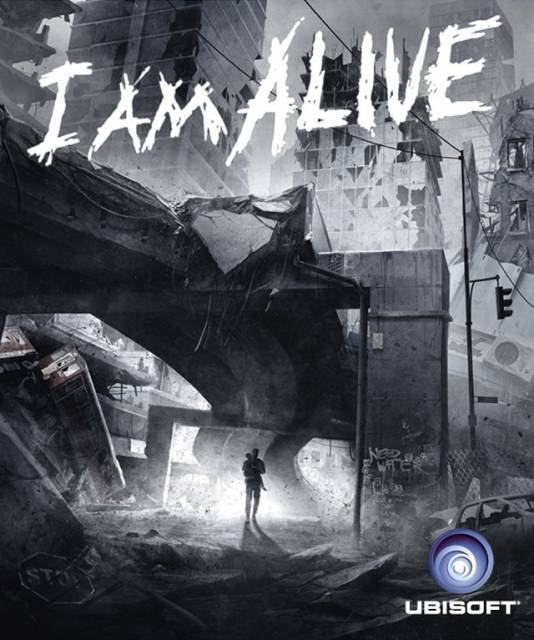