One of the earliest games developed for the Neo Geo hardware, Magician Lord is a high-fantasy action platformer where players control a wizard that can transform into various warrior forms.

Magician Lord is a high-fantasy side-scrolling action-platformer developed and released by Alpha Denshi for arcades (using Neo-Geo MVS hardware) on April 26, 1990 (in Japan), August 22, 1990 (in North America), and 1991 (in Europe). It was also released for the Neo Geo AES for all regions during their respective launch dates.

One of the four games launched with both arcade and home Neo Geo systems (along with Baseball Stars Professional, Mahjong Kyouretsuden: Nishinihon-hen, and NAM-1975), Magician Lord has players taking control of Elta: a wizard (and descendant of the legendary "Magician Lord") seeking eight tomes of power throughout the fantasy realm of Cadacis to stop the plans of the evil wizard Gal Agiese (who seeks to raise Az Atous, the spirit of destruction).

While Elta can fight in his standard form by summoning magical energy projectiles, he can also transform between six powerful warrior forms (each with their own unique attacks) by collecting combinations of colored orbs (red, blue, and green).

It was later ported to the Neo Geo CD (as a launch title) on September 9, 1994 and digitally re-released for both the Wii (via Virtual Console on October 29, 2007 by D4) and PlayStation Network (on December 21, 2010 by SNK Playmore). The game was also included in the 2008 SNK Arcade Classics Vol. 1 compilation for the PlayStation 2, PlayStation Portable, and Wii. It was also digitally re-released by HAMSTER (as part of the Arcade Archives series) for the PlayStation 4, Xbox One, and Nintendo Switch on August 17, 2017 and the PC on April 27, 2018. 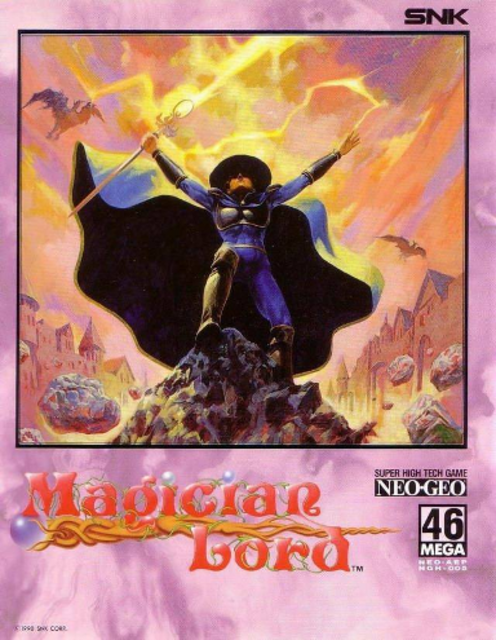