Warsow is a free FPS, focusing on fast, competitive online play. Combining a featherweight engine with cartoony, celshaded graphics, this open source game could produce some of the fastest gameplay you will ever see.

Warsow is a cel-shaded multiplayer FPS based on Qfusion (a modification of Quake 2 GPL engine). The game is currently available for free via the developer's website and from GOG.com.

Warsow puts a strong emphasis on movement. In addition to the regular style of movement gamers may be used to in Quake (Stafe Jumping etc), Warsow adds a 'Special' Key. Depending on the context, movement will be modified in one of the following unique ways;

There are 7 unique weapons in total (Not including the gun from Instagib), and depending on the game type set by the host, all weapons will have both a strong and weak ammo type.

There are four kinds of armor pick-ups available to boost the player's armor points to a max. of 200, respawning at 25 second intervals;

Pick-ups to boost the player's health points to a max. of 200 respawn 35 seconds after previous pick-up.

Two power-ups are made available in certain game modes:

Players who posses this power-up with glow brightly and are clearly visible. The items themselves respawn 180/90 seconds respectively after previous pickup on default hosts.

Warsow has several modes of play. Most will be familiar to competative FPS players across the spectrum of game styles. Abbreviated names for the game types follow the subtitle. 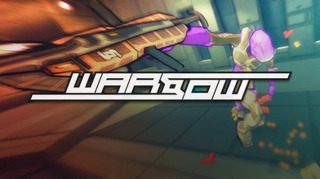