Arctic-themed Cryostasis has players explore a relatively faithfully constructed Soviet-era nuclear ice-breaker. Game mechanics include using heat and exhaustion to represent player stamina, using heat sources to regain this stamina, and the use of a flashback ability to alter the past.

Cryostasis is a survival horror title set aboard a ship called the North Wind; a Russian, nuclear ice breaker seemingly frozen in an Arctic wasteland. The player takes on the role of a meteorologist named Alexander Nesterov with a task of investigating the events that occurred aboard the ship.

Integral to the game is the ability to view the last moments of the deceased the protagonist will stumble across during his exploration; key points in the story will be revealed through this method. The player will be able to control some the flashbacks and perhaps even change their outcome. Another distinct feature in the game is the survival of the player: instead of a traditional health bar, the HUD displays a dial representing temperature, which can be replenished by locating sources of heat around the environment. As this represents the heat in the main character's body, both environmental damage and physical damage are tracked using this heat gauge, and there is also a concurrent endurance meter that drops as the character exerts himself in combat and maneuvering.

The player will begin with no weapons at all, later finding a torn-off water valve to strike enemies with, as well as other improvised weapons. Later in the game; the player will progress to a flare gun followed by various, mostly Soviet-era, rifles.

The game can render in Shader models 3.0 and 4.0 (DX9 and 10 respectively) and includes advanced ice and water effects to simulate the bleak, cold environment the games is based within. The game is also capable of rendering PhysX real-time water effects and is the first game to take advantage of this technology.

The game's narrative is complex enough to actually allow for different interpretations of what is actually going on in the game, providing one of the few purer examples of game play as metaphor in a video game.

When alive the jailer took an excessive interest in prisoners’ thoughts and secrets, which has affected his distinct appearance when frozen. Instead of a face he has a small prison cell inside his head. If Alexander does not run away when he hears the slow thumping of the Jailer’s metal legs, he will see that the cell-face gives off an eerie light.

After betraying his fellow crewmen, the servant received a special gift in the afterlife -- all the keys to the ship's doors. His appearance also represents his previous life as a servant and he now has metal shoulder straps, a collar of steel and a steel mask. Doomed to eavesdrop forever, he no longer has eyeballs to see foes and now has two rusty nails hammered into his eye sockets.

The servant is definitely less dangerous than the Jailer, but players should not make too much noise, in case they attract his attention.

In his previous life, the guard was only responsible for guarding the possessions of others, but after being changed by the cold, he’s just waiting to prove that he’s still a fierce opponent. Armed with a rifle, this is one enemy not to approach from a distance. Instead it’s best to quickly sneak up on him while he’s slowly reloading.

At first Alexander has no decent weapons to help him fight against the various enemies and must fight almost bare-handed. His only saving grace is an old water valve – torn off a rusty high-pressure pipe – that increases the efficiency of his attacks. Although the valve is slow and heavy to swing, it greatly improves the amount of damage he can cause.

The axe is slow but very effective at close range. It’s a two-handed weapon, so it takes a lot of energy to swing but causes a great deal of damage.

The AC-1940 was originally used by German submariners. It shoots incredibly hot signal flares that can be used as a rocket to burn though frozen enemies. It can even be fired at walls, where it will continue to burn for several seconds. During this time enemies will be attracted to the flare because they think it’s a heat source. As a result the Walter AC-1940 is an important weapon, not only to kill enemies but also to distract enemies.

A rifle that was in use between 1891 and 1960. It was invented by a Russian army captain called Sergey Mosin, who used the bullet feeding system of the Belgian Leon Nagan to create a revolutionary bolt-action rifle. It’s effective at a range of up to 2km and can be shot 10 times per minute. It was the first Russian rifle to use smokeless gunpowder.

About 1.5 million SVT guns were produced in the USSR and it was affectionately called Svetka by the Soviet soldiers. It has a high rate of fire – about 25 shots per minute – however it’s not very well equipped to deal with cold conditions and must constantly be cleaned. Although the SVT can fire 1,500m it has a slower rate of fire aboard the North Wind due to the cold climate.

A submachine gun with a high fire rate that uses a drum magazine. It was designed by Georgi Shpagin, and was one of the most popular Soviet weapons during World War II. 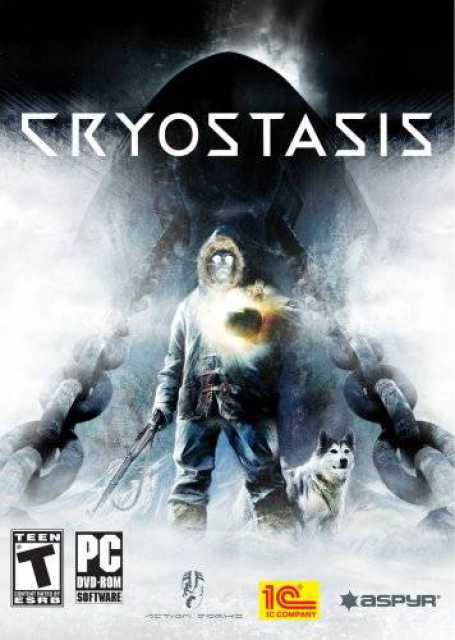