Huxley: The Dystopia is a massively-multiplayer online shooter from Webzen.

Huxley is being developed by Webzen Games in Korea. It is an attempt to merge the MMORPG genre's persistent world elements with the faster-paced action and Point-Of-View perspective from the FIrst Person Shooter genre. The title is often believed to be an allusion to Aldous Huxley's dystopian classic Brave New World, although any connection has not been acknowledged by the publisher. In Huxley, objects called Lunarites crashed into the moon, causing the moon, and the Lunarities with it, to crash into the Earth, causing human civilization to go into disarray. The game may come to consoles if the PC counterpart does well.

There are three different classes: the Enforcer, a close-range combat class, he Avenger, the midrange combat class, and the Phantom, the sniper class. There are three armor types: light, medium, and heavy. Armor has sockets in them, and you can insert socket skills, such as cloaking ability, into them. There are also vehicles in the game as well which play a major part of the battles, they will drop off soldiers into the battle but don't truly serve any offensive options. The other class of vehicles is the civilian vehicles, which are only usable in cities and will mainly function as status symbols for the more wealthy players.

Pure-strain humans, Sapiens One are skilled with all kinds of equipment. They are known for causing the war due to their pride as being the "superior" race and for their suppression policy over all the other species. They are arrogant and want to control everything, but due to the start of the war they have allied themselves with the Sapien Syns with their common goal of ruling together.

Syn are closely related to humans and have white skin, long slim body shape, and beautiful face. Their smart and agile movement and unusual abilities have great power enough to reverse the war situation at a moment. Even though they were able to avoid much conflict in the beginning after the war started they were discriminated from the One, so they made an alliance with the One for their own survival. Though they have no trust for the One or any other species for that matter

Alternix have dark gray skin, eye with the unclear and vague eyeball (what?), and the calcareous hair. Their fast movement and smart sense for the battle are suitable for infiltration to enemy zones and assassinations. For Alternatives they look close to human but still noticeably different . They are a quite, and sensitive race.

Alteraver is the biggest of the races, their big body, tough face, strong and brave mind give them an image of a warrior. They are warm hearted and kind, but they never let any enemy threaten their own race or their artifacts. They trust others easily due the fact they are naive and have little intelligence. They use high powered weapons that is empowered by their own strength and power. During the independence war they were always in the front lines but after the One oppressed them they were forced to use heavy weaponry. 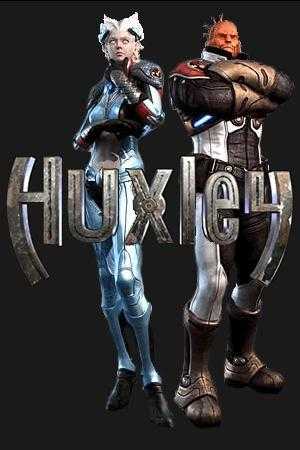