A Gameboy Color follow-up to Star Ocean: The Second Story.

Star Ocean: Blue Sphere is an action RPG developed by tri-Ace and published by Enix for the Gameboy Color in Japan on June 28, 2001. The game takes place two years after Star Ocean: The Second Story and follows the continuing adventures of the original cast. Enix had originally discussed plans of possibly publishing Blue Sphere in North America but those plans never came to fruition due to technical issues as well as the impending release of the Gameboy Advance. On June 8, 2009 a remake of Blue Sphere was released for mobile phones in Japan. 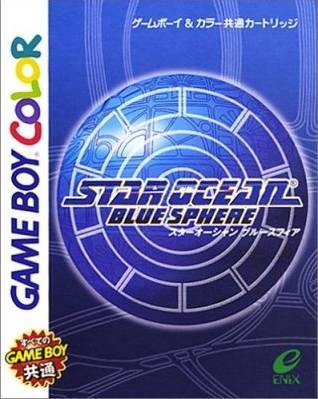