The fourth game in the Donpachi series and the first to be ported to the PS2, courtesy of Arika.
PlayStation 2

Dodonpachi Daioujou is the fourth game in the DonPachi series of vertical bullet hell shoot 'em ups, and the first Cave-developed shoot 'em up to appear on the PlayStation 2. The game was subtitled Daioujou (lit. "peaceful death") because the chief programmer, Tsuneki Ikeda, wasn't a fan of sequels and wished to, with this installment, give the series a peaceful death. Despite this, a sequel, DoDonPachi Daifukkatsu, was released some years later. 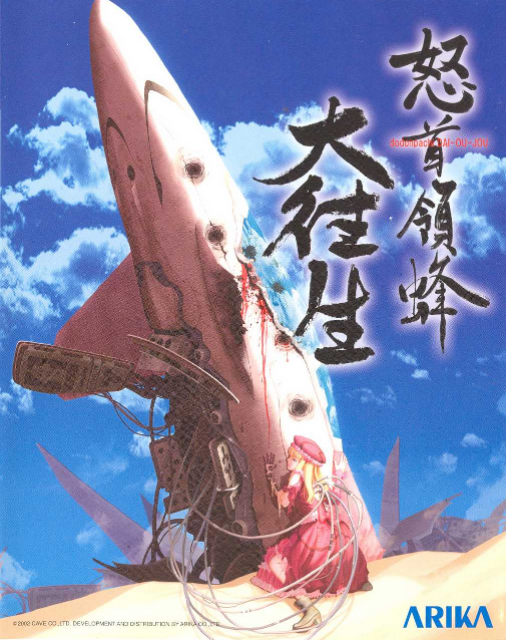