Naval Ops: Warship Gunner is a naval action-shooter that takes place in a parallel world to our own. It features 40 missions to complete and over 800 parts to customize your ship to your liking. The universe of the game mixes old and new technology, and the game features a mode where only WWII era equipment can be used.

The story begins with three ships encountering what appears to be a wormhole, after they pass through it they find themselves immediately in combat alongside an unknown group of ships that are part of a guerilla warfare group known as the Freedom Force. After an initial battle with an enemy group called "The Empire" only the player's ship survives out of the original three. To the ship's surprise they have traveled to a parallel world in which everything is the exact same as normal earth and the only difference is that this "Empire" rules the world with an oppressive grasp.

In battle player must navigate the seas with an assortment of weapons to destroy enemy ships and complete various objectives. During battle, players may select to use ship-to-ship weapons or ship-to-air weapons in order to destory overhead enemies. Alerts will pop up whenever an incoming torpedo is approaching and the player must press and hold a button to go into an overhead view for the anti-torpedo guns to target and destroy the incoming missle.

Outside of battle, players may choose to research weapons and equipment, manufacture new ship items, buy aircraft or outfitted ships, and design or scrap a ship at the dock. Naval Ops offers powerful ship customization where players may select not only which guns and equipment go on their ship but exactly where they go and how the whole ship is laid out in a nifty ship blueprint interface. 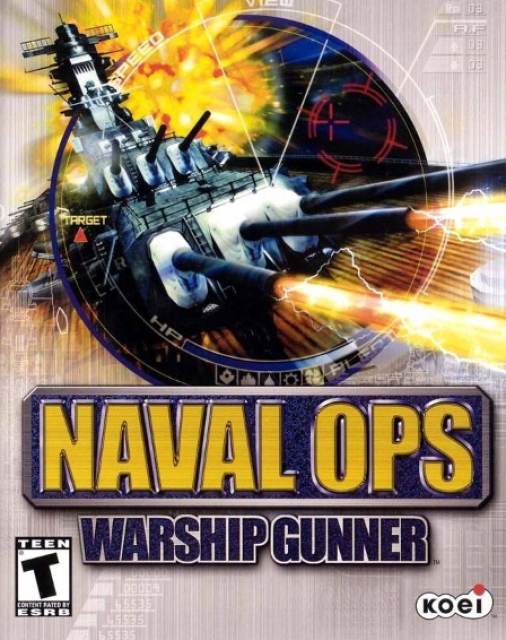