Zeno Clash is an action/fighting game set in a bizarre quasi-neolithic world. The game is played from a first-person perspective and the combat is generally up close and brutal.
Xbox 360 Games Store

Zeno Clash follows the story of Ghat, the son of a strange, seemingly hermaphroditic bird-like creature called Father-Mother. Ghat is banished from his home village of Halstedom by Father-Mother after he discovers Father-Mother's "secret." As a result of his banishment, Ghat must journey to the end of the world, through the dangerous lands of Zenozoik, while being pursued by his family.

The main feature of Zeno Clash is the first-person melee combat similar to that found in Dark Messiah of Might and Magic. The player can perform a variety of attacks including a selection of basic punches and stronger swings. There are also defensive moves such as blocks, which can lead to counter attacks. A range of unusual weaponry is also available, often made from pieces of scrap and junk combined with crude stone and bleached bone. Although a majority of the game's combat is spent in hand-to-hand combat, two melee weapons do exist: a sword made of strapped-together bones and a large, anvil-headed hammer. A handful of ranged weapons exist as well, such as a pair of handguns seemingly crafted from fish-like shells, a crossbow, a grenade-launcher, and a musket.

Originally, the game was planned to be an RPG but, due to budget and time restraints, the game was made into more of an action game. A video of an early build of the game called "Zenozoik" which shows off some of the planned RPG features can be found here. The game uses the Source Engine.

Zeno Clash features a 3-4 hour campaign, with a focus on story and combat. The story features the protagonist, Ghat, running away from his large clan after he has murdered Father-Mother, a hermaphroditic creature that can apparently give birth to humans and humanoid animals. Ghat is part of the largest family in the town of Halstedom who are now chasing him to the end of the world to get revenge. The campaign only features single player, and there have been no announced plans to add any multiplayer.

Challenge mode is the competitive mode of Zeno Clash. Players will fight through 5 floors of enemies and challenges in the quickest time they possibly can. This time is then added to a leaderboard where the player can check their friends' times, as well as players who are in the same Steam groups as them. There are eight levels, each with five different challenges to be completed. Five of these levels (1, 2, 3, 4, and 5) were including in the original game release. Three more challenge levels (-1, -2 and -3) were added in The Pit downloadable content, which was distributed through Steam for free. Currently, this mode only features single player but a co-op mode will be released in the Ultimate Edition for Xbox 360. After the initial 360 release, the PC version will be updated to feature co-op.

Zeno Clash was released in an updated form on Xbox Live Arcade dubbed Zeno Clash Ultimate Edition. It contains new modes, added content and new features. For example, you will be able to play the Tower Challenges with a friend using cooperative play.

Ace Team has stated that all the new content in the Ultimate Edition will be exclusive for the Xbox Live Arcade for a time, but after that all the updates will be released for the PC version of the game.

A flash game, completely unrelated to Zeno Clash's gameplay or story, was released along side the game on their website. The game is a deliberately retro-styled point and click adventure game through a mansion called Malstrums Mansion. At the end of the game, the player is rewarded with a code which can be redeemed for a Steamworks achievement. The game can be found here.

The original score for Zeno Clash was composed by Patricio Meneses.

Zeno Clash has appeared on file sharing websites where users may download the game illegally. The developers ACE Team have responded to this by replying to the comments section of these files, saying they do not intend to stop the piracy, but they plead with downloaders to purchase the game if they enjoy it.

I’m one of the developers of Zeno Clash. I would appreciate you read this if you are about to download this file.

Zeno Clash is an independently funded game by a very small and sacrificed group of people. The only way in which we can continue making games like this (or a sequel) is to have good sales.

I am aware that at this moment there is still no demo of the game, but we are working on one which will be available soon.

We cannot do anything to stop piracy of the game (and honestly don’t intend to do so) but if you are downloading because you wish to try before you buy, I would ask that you purchase the game (and support the independent game development scene) if you enjoy it. We plan on updating Zeno Clash with DLC and continuing support for the game long after it’s release.

Thanks for taking the time to read this… hopefully it will make a difference. 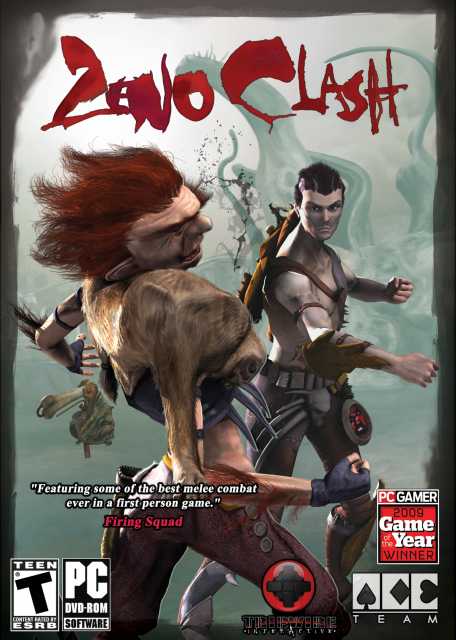