Samurai Champloo: Sidetracked is an action game based on the anime series of the same name, developed by Grasshopper Manufacture and published by Namco Bandai Games in April 2006.
PlayStation 2

Sidetracked is a 3D hack-n-slash based on the Samurai Champloo anime, set in the show's alternate, hip-hop-infused version of feudal Japan, and using a combat system that's affected by which music tracks the player chooses for each level. The game features three separate playable characters, each with their own storyline to play through.

Samurai Champloo: Sidetracked is a third-person hack-n-slash game, where the player controls Mugen or Jin from the Samurai Champloo series. Each of the two characters has a different fighting style; Mugen incorporates kicks as well as breakdancing moves into his combos, while Jin strictly uses a traditional sword fighting style. Completing the storyline unlocks Worso as a playable character, who uses both a katana and a knife.

Players may purchase or win vinyl records over the course of the game, which may be equipped to give characters different combo trees. Weapons such as Japanese and Western swords may also be obtained, though they break after a certain number of hits and have to be repaired. Up to three different weapons (including the character's default weapon) and two different records may be brought into combat and may be switched between on the fly.

The game also features a number of gauges and meters; as a player lands a number of hits without taking too much damage, a "tension gauge" fills, signified by a "dance man" on the bottom left corner of the HUD. Once this gauge is full, a specific combo will activate "hyper mode" when performed, during which the player will move and slash more quickly for three seconds. Hyper mode is also activated by countering an enemy's attack and quickly pressing the circle button. As the tension meter maxes out and a star appears above the dancing man, an enemy will spawn with a star above its head; landing a hit on this enemy will activate "tate mode", in which the player must press the face buttons 100 times before the time limit, which varies. Upon reaching "100 slash", "trance mode" is activated, which transports the player into a room with enemies that continually respawn and die in one hit; killing 100 of them ends trance mode, and unlocks either a new weapon - which must be purchased from the store - or "ukiyoe" concept artwork. Tate mode may be activated at any time on regular enemies, as long as the necessary conditions are met. 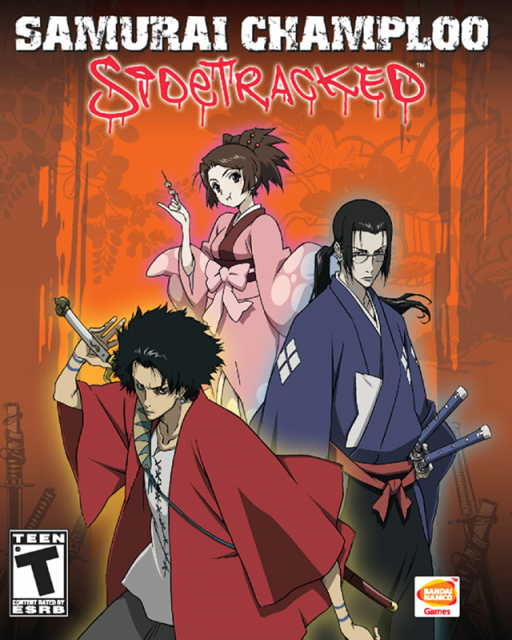