Silkroad Online is a free MMORPG made by Joymax that is based on the silkroad trading routes in ancient China.

Silkroad Online is an MMORPG (Massively Multiplayer Online RPG) that puts the player deep into ancient Chinese, Islamic, and European civilizations. The Silk Road, was in short, a major cultural and economic trading gateway. Rather than focusing on dungeons or massive boss battles with large groups of people like a lot of MMORPG's, Silkroad focuses on a PvP (Player vs Player) system centered around the aforementioned trading routes, raising the question of why on Earth anyone would actually want to play the game. Although the world is very large, it is of course scaled down so the Chinese, Islamic and European areas are represented by towns and are within walking distance of each other.

The game itself is free and has no monthly subscription but there is an item mall where players can buy items. Some of these items are purely for vanity but some give the player an advantage over others by allowing the player to level faster or to reallocate skill points to change the build of their character.

Leveling up in Silkroad is achieved via Quests and killing monsters, the player will also collect skill points which they can use to attain and upgrade skills. Once the player has reached level 20 they can take up a job. The three jobs are Trader, Hunter and Thief.

Merchants buy goods from one of the towns and then travel to another to sell the goods at a higher price, they use very slow mount to carry the goods though (the most common being camels) and will be open to attacks from monsters and Thieves on the route.

The Thieves job is to kill the Merchant's transport, steal the goods (they will need their own mount to store the goods) and sell them in Thief town. They have to be wary of the third and final job though, the Hunter.

The hunters job is to kill Thieves and protect the Merchants. Merchants will often recruit higher leveled Hunters in towns before they leave as added protection from any theives and monsters they cannot deal with by themselves. It is not uncommon for caravans of Merchants to form with a party of Hunters protecting them.

These jobs can be undertaken at any level after level 20 and players can trade between any towns but high level monsters and high level Thieves on the routes between towns restrict players to certain areas until they level themselves.

Other Forms of PvP

Thieves and Hunters can openly attack each other so It is not uncommon for wars to be organised. Players will gather outside of town gates where the opposing jobs can freely attack and kill each other. There is also a duel system, where players can take each other on in a 1v1 or guilds can take each other on in guild wars. Again, these usually take place outside of town gates, because monster density is low in these areas and you cannot attack other players inside towns.

Another aspect of gameplay that was added to the game later was Fortress Wars, where each week guilds can battle over control of a fortress in certain areas. The guild controlling the fortress is able to change tax rates on trading within the area, and will have to defend the fortress the following week. Alliances can be setup between multiple guilds. Allied guilds will be able to help in the defence.
Perfect World CABAL Online Tibia Last Chaos ROSE Online Ragnarok Online Priston Tale Priston Tale 2 RYL: Path of the Emperor Perfect World International Mu Online Knight Online Kal Online 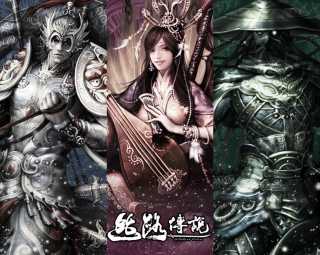