The sequel to the critically panned Nintendo Wii launch title, grab your sword and gun and hunt down gang members in the futuristic wild west.

Red Steel 2 is the sequel to the Nintendo Wii launch title Red Steel. It features Wii Motion+-enabled sword combat and comes bundled with Wii Motion+. It is developed by Ubisoft Paris, the same studio that developed the first Red Steel. The game runs on a highly modified Unreal Engine 2.

Completely disregarding the storyline of the first game, Red Steel 2 takes place in and around "the Red West". More specifically, the game takes place in a city named Caldera which includes many different environments. Some of the things within the city are: Ancient temples, ramshackle slums, a desert, huge modern freight-moving systems, and more. Outside of Caldera there are surrounding canyons. Here you can find: a pueblo-style mining town, a huge semi-automated strip mine, old, abandoned underground tunnels, an ancient ancestral monastery/temple clinging to the side of a cliff, and more. There's a lot more variety to the locations in Red Steel 2 than promotional footage suggested.

Red Steel 2 also features some static weather variations in certain levels as well as night levels. These were implemented to establish certain moods throughout the story.

The player can customize many different options to make the game feel right to them. The options currently supported for tweaking are:

The player will encounter a series of safehouses throughout the game and will be able to use these for a few different purposes. They will also be able to visit three different kinds of stores, such as one for buying new moves with the gold that you have collected.

Comments from the developers also suggests that combat will be less of a "patterned-response" style and more of an instinctual affair. Basically it's not the old Legend of Zelda style where players have to hit a boss in the back in order to get him set up for a damaging attack, and then repeat 3 more times. Players will be required to think fast in order to win the often quick, and unpredictable brawls. 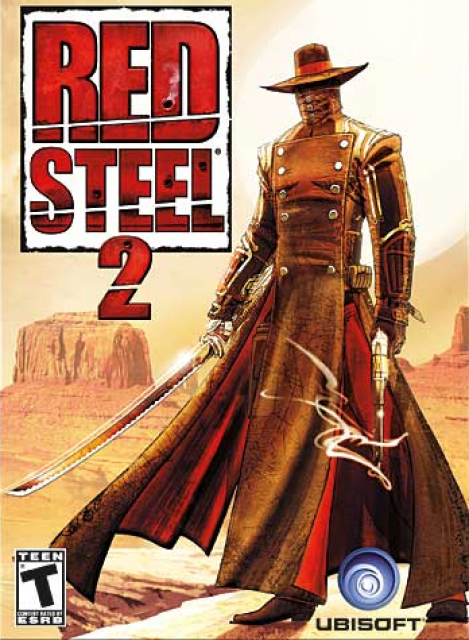