A single-screen platformer that pits hammer-wielding alligators against robots and other foes.

Wani Wani World ("Alligator Alligator World") is a single-screen platformer exclusive to the Japanese Sega Mega Drive. It may have been inspired by Namco's Wani Wani Panic arcade machines, which also involved cartoon alligators and mallets.

Developed by Kaneko, it was adapted from their earlier arcade game Berlin no Kabe ("Berlin Wall"), which in turn was loosely based on Brøderbund's Lode Runner franchise. Enemies are defeated by first bashing holes into the levels, waiting for the enemies to wander into them and get trapped, and then finishing them off. The game can be played with up to two players. 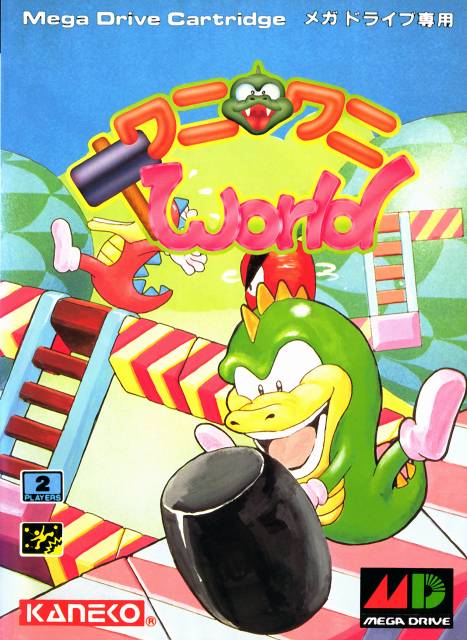