Battle Garegga was released in February 1996 in arcades for all regions. Two subsequent software revisions were released in March 1996 and April 1996, both named "Type 2", for differing regions. The game was later ported to the Sega Saturn in 1998, featuring an arranged soundtrack and several extra features. The game's music was done with a Z80 chip, the same sound chip used by the Genesis / Mega Drive, by Manabu Namiki, who worked on the soundtracks for many shooters, particularly those by Raizing and Cave.

Battle Garegga plays like a standard vertical shooter - the player selects from a number of different planes at the start, and has a machinegun to shoot down enemies and a limited-use bomb attack. The player, in addition to collecting powerups and ammo for the bomb attack (the bomb attack using 40 ammo at a time, but may be used with less for a weaker bomb) may also collect up to 4 "options" - small guns that hover near the player, the formation of which may be switched between at any time in one of 5 configurations :

Battle Garegga is notable for being one of the pioneers in the manic shooter subgenre, although it is predated by Donpachi and Batsugun. The first version of the game is noted for having very difficult to see bullets - while most of the bullets were changed to bright, round bullets in a software revision, purists often prefer the initial version.

Battle Garegga is both loved and hated in hardcore communities as being highly punishing to the player. This is due to Garegga's usage of the concept of "rank" - the idea being that the game adapts its own difficulty to suit the level of the player, an idea commonly used to a minor degree in most shooters and also seen in Clover Studio's God Hand. The difference here is that the rank system is very unforgiving - Powering up the ship, collecting surplus powerups and collecting options all increase the rank, often drastically if the game is played like a typical shooter. If the player does not carefully manage the constant invisible increase of rank, the last two levels may become physically impossible to complete - rank increasing bullet density and speed, as well as the behaviour of enemies. The only way to decrease rank is to get shot down, meaning expert players will learn to commit suicide in key areas to manage their rank. A notable aspect is that the decrease in rank is highest when the player dies with only one extra life remaining, meaning players will often keep no more than one extra life in stock.

As players will have to commit suicide regularly to keep rank at a manageable level, it is necessary to keep extra lives coming. On default settings, the player gets an extra life with every 1,000,000 points scored, although there is a 1-up in stage 3. The scoring system of Garegga is mostly based around medals : Enemies may drop medals when they are destroyed, and with every medal collected the value of subsequent medals increases, from 100 points to 10,000 points. If a medal is allowed to fall off the screen, the value is reset back to 100, which is often catastrophic as it can take a while to get the value back to maximum. Medals do not just come from enemies, however - certain areas of scenery can be destroyed with the bomb attack to reveal medals. Good scoring also comes from destroying all the parts of the various bosses and a number of "tricks" - for example, in stage 2 near the start there is a castle. Should the player bomb this castle, pink flamingoes will fly out. These flamingoes may be shot and bombed for extra points - up to 2 million extra points if the player is experienced and has some bombs ready. The highest score currently recorded on one of the western shooter communities is more than 16 million (the first digit being replaced by a G as there is not enough room in the game HUD to display an 8-figure score). 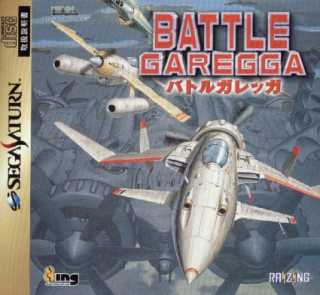