Burai: Hachigyaku no Yuushi Densetsu ("Burai: Legend of the Eight Jewel Heroes") is a fantasy JRPG originally from Riverhill Soft that was first developed for the MSX as Burai: Jouken then later adapted for consoles and given this new name. In both cases, it's the first half to a two-part story. It was followed by the second half, Burai II: Yami Koutei no Gyakushuu.

The game is a traditional turn-based JRPG loosely inspired by novels like Nanso Satomi Hakkenden and Water Margin, covering a band of disparate heroes who are brought together by fate to fight a powerful foe. It follows eight heroes, individually at first and then all together, as they fight to reclaim the world from the tyrant Bido and restore the original Giplos royal lineage. 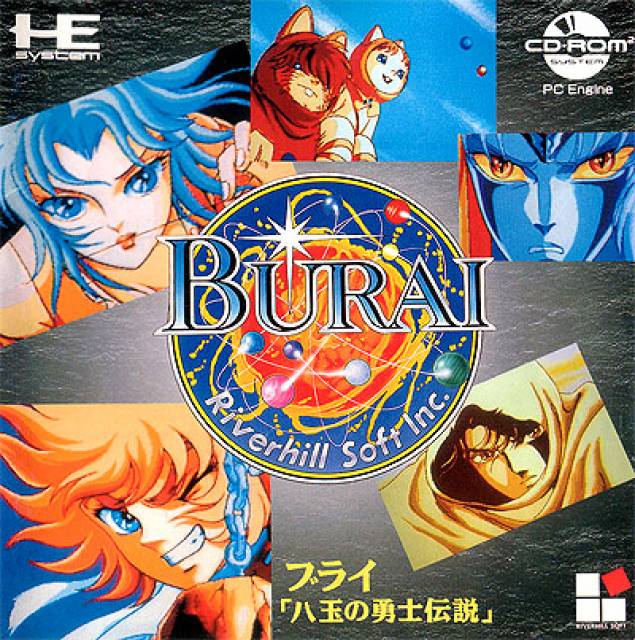