Tom Clancy's Ghost Recon: Advanced Warfighter is the third installment of the Ghost Recon series. Various versions of this tactical shooter were released on Xbox 360, Xbox, PlayStation 2, and PC.

Mexico D.F. (Districto Federal). The Ghosts have been ordered to participate in a joint operation designed to capture Mexican military officials engaged in illegal technology sales to Columbia's FARC rebels.

Squad-based combat plays a significant role in GRAW. The player controls the Ghost leader, who's responsible for directing the actions of the squad, such as whether to move out or take cover, though the player still does the majority of the fighting. While more forgiving than past Ghost Recon games, with the ability to take more than one shot before dying, the player is unable to recover health during an active mission.

The PC version of Tom Clancy's Ghost Recon: Advanced Warfighter was developed by GRIN, a Swedish game developer. This version is more attuned to the original Ghost Recon game by forcing a first-person perspective. The seemingly harder difficulty of this version was an effort to get fans of the original Ghost Recon games back into the series. The PC version also added more options for the player to issue commands to their squadmates by allowing the player to issue individual commands for each friendly AI.

The PlayStation 2 and Xbox version was developed by UbiSoft Shanghai. Unlike past Ghost Recon games on these consoles, Ghost Recon: Advanced Warfighter is played from a strictly first-person perspective. Also unlike the Xbox 360 and PC counterparts, the PS2 and Xbox version only featured one friendly AI as opposed to three.

When the Xbox 360 version of the game was released it reserved very high reviews. The game was praised for it's smart A.I., immersive atmosphere, wide variety of weapons and believable storyline. The Xbox 360 version was also noted for it's very realistic graphics. GameTrailers gave it 9.9 out of 10, which is the highest review score GT has ever given out. It has a 91% average from reviews while the versions for the Xbox has a 66% average and the PS2 has 60%. The versions for the PS2 and Xbox was criticized for being watered-down. The graphics and lack of content was also a complaint.

As written on the back cover of the box

The only DLC for GRAW is the Chapter 2 expansion. This contains: 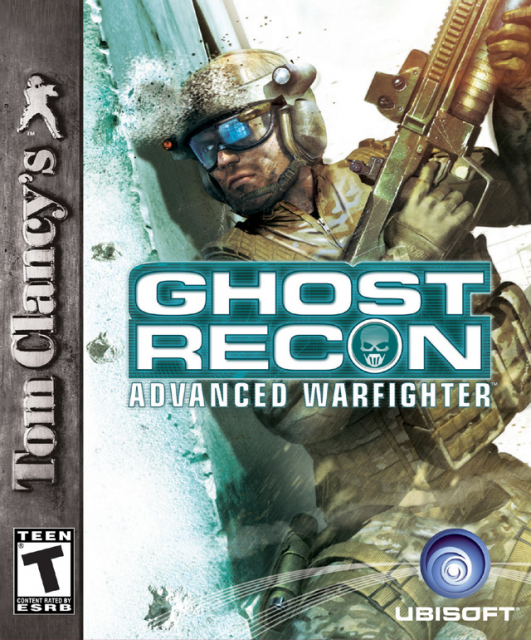