The fourth mainline entry in the Raiden series of shoot-'em-ups, putting players back in the cockpit of the Fighting Thunder fighter craft to push back yet another alien invasion.
Xbox 360

Raiden IV is a 2.5D sci-fi vertical-scrolling shoot-'em-up developed by MOSS and released by Taito for arcades (using PC-based Taito Type X hardware) on June 7, 2007. It was later digitally re-released for the Japanese NESiCAxLive service on March 29, 2012.

The fourth mainline installment of the Raiden series and the second from MOSS (after Raiden III), Raiden IV builds on its predecessor with a new set of stages, the option of choosing the game's Purple weapon (either the Plasma Laser from Raiden II or the Proton Laser from Raiden III), and an optional easy mode ("Light", which reduces the speed of enemy bullets but disallows multiple course loops and the true final stage).

The game was later ported to the Xbox 360 in Japan (by MOSS on October 2, 2008) and North America (by UFO on August 8, 2009). This version includes an arranged "Xbox 360 Mode" (later "Additional Mode") with two extra levels, as well as bonus ship DLC (one based on Raiden MK-II from the Raiden Fighters series and one based on the Fairy power-up). The new content was later backported to arcades with the NESiCAxLive release, with the arranged mode renamed to "Perfect" and a new remixed soundtrack.

The Xbox 360 version was later ported to the PlayStation 3 as Raiden IV: OverKill, with a digital release in North America (by UFO on April 29, 2014), in Japan (by MOSS on May 13, 2014), and in Europe (by UFO on May 28, 2014). This version features a new arranged mode, known as "OverKill Mode", which adds an "OverKill" mechanic (where certain enemies can be attacked after its destroyed for a bigger score bonus) and two bonus levels (each with their own special objective). This version was later ported to the PC (as a digital Steam release) by H2 Interactive on September 3, 2015.

The OverKill version of the game was later ported to the Nintendo Switch as Raiden IV x MIKADO remix. Released in Japan on April 22, 2021 (by MOSS), in North America on May 6, 2021 (by UFO), and in Europe on October 22, 2021 (also by UFO), this version features a new remixed soundtrack produced by Game Center MIKADO. It was later ported to the PlayStation 5 and PlayStation 4 in Japan on February 24, 2022. The x Mikado Remix version is slated to release in the west on PS4, PS5, PC, Xbox One, and Xbox Series X|S in 2023. 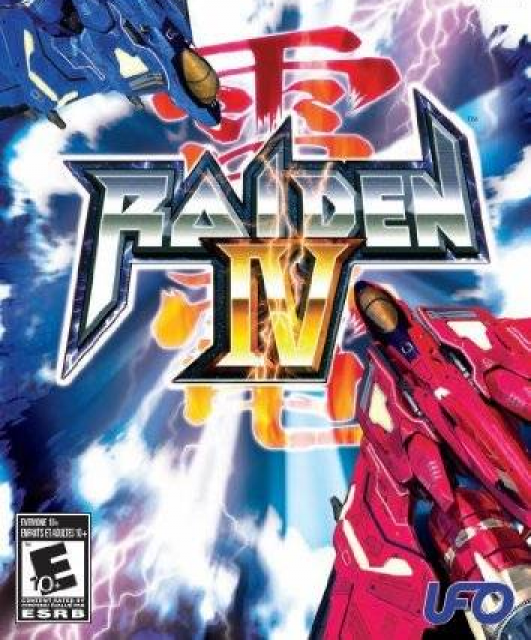