Disaster Report (or SOS The Final Escape) is a survival action/adventure game where you play Keith, a newspaper editor, trying to escape a city hit by an earthquake.
PlayStation 2 PlayStation Network (PS3)

The game was developed by Irem Corp and published by Agetec. It is known by many titles (see 'Localization' below). Due to popularity in Japan and Europe, a sequel, Raw Danger, was published. Although the sequel received an entirely new name in North America, it was a published as a numbered game in the series in those territories. The game did not fare as well in the US, explaining the rename and the late publication date.

Stiver Island, a huge, man made island located in the pacific ocean is finally finished construction in 2001. You play in 2005 as reporter Keith Helm as he arrives on the island's main metropolis, Capital City, to start his new job as editor at the city's biggest newspaper, the Town Crier.Soon after his arrival, the island is struck by a massive earthquake which sinks half of the city. After waking up, Keith searches for survivors and as he makes it deeper into the city, he unfolds a plot of revenge against the government and the true reason for the downfall of the man made "City of the Future".

The game is a survival game, which tasks the player to simply find a way off the island. With almost no instructions as to what you have to do, the player will traverse the island (which is split up into large zones) exploring the island for any survivors, information that could help you somehow get off the island. The game is almost completely silent, with no background music throughout the whole game, only ambient noises such as the wind whistling or radio talk will be heard creating a heavy atmosphere of isolation during the whole game. The player is also tasked with collecting water, which adds some of the survival aspect to the game, as well as serving as save points in the game.

Originally titled Zettai Zetsumei Toshi (The Desperated City), the game was localized in Europe and renamed SOS: The Final Escape. When published in America, it was renamed yet again to Disaster Report. The European and American versions feature less spoken dialogue, as the publishers Agetec didn't hire English speaking voice actors to redo every bit of voice audio. This has lead to massive parts of the European and American versions dialogue being subtitled only. In addition, the localization changed the appearance and names of the characters to distance itself from its Japanese origins. 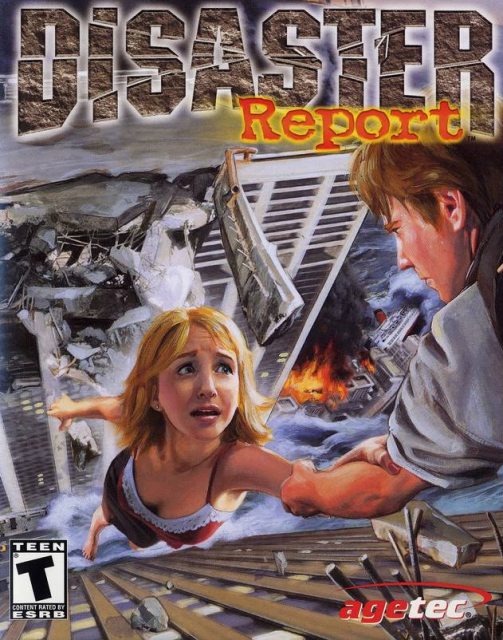