A Korean traditional turn-based RPG for the PSP. It is the sequel to Astonishia Story in Korea, being published by SK Telecom as Astonisha Story 2 there. The game is developed by IRONNOS.
PlayStation Portable

Crimson Gem Saga is a traditional Turn-based RPG with anime style graphics. The player's party members each take turns using special abilities to attack the opponents that they are faced with. The game also features an ambush feature, similar to many other games. It was developed in South Korea as Astonisha 2 by IRONNOS. Its name was changed later to Crimson Gem Saga when it was brought to North America and the UK, and Garnet Chronicle in Japan. It was released by Atlus in North America, UK, and Japan.

The story revolves around a character known as Killian von Rohcoff, who resides in the world of Latein. Killian is a recent graduate of the Green Hill Chevalier Academy who gets caught up in the search for the mystical Crimson Gem. 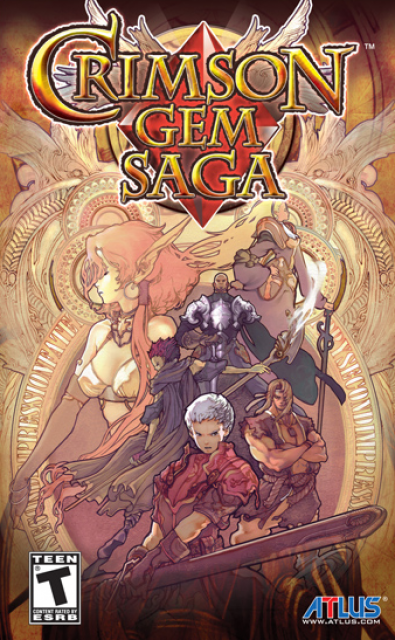