Remedy's film-noir action game puts players in the role of grizzled cop Max Payne as he tries to clear his name of murder.
Game Boy Advance

Max Payne was developed by Finnish development house Remedy Entertainment. This third-person action game was originally published for PC by Gathering of Developers on July 25, 2001. The game was later ported to the Xbox and PlayStation 2, with these versions being published by Rockstar Games. Since its initial release it has since been re-released on various platforms including the Xbox 360, PlayStation 3, PlayStation 4 and mobile platforms.

The subject matter and visual style of Max Payne are heavily influenced by film noir and hard-boiled crime fiction, and its gun-heavy gameplay which takes very deliberate influence from John Woo films, with Max able to dual-wield weapons, as well as jump into bullet-time, which causes the game to temporarily move in slow-motion, making it easier for the player to both dodge and aim shots.

The majority of the game's cut-scenes are shown in graphic novel form complete with dialogue to further advance the story.

Max Payne is a third person action shooter that features bullet time, a device that allows the player to slow down to easily take out enemies. The bullet time meter is a small hour glass situated at the bottom of the screen. This meter begins to drain when bullet time is activated manually or by shoot dodging (slow motion diving). Bullet time can easily be regained by killing enemies. A simple health system is also incorporated into the game-play. A white silhouette of Max is placed at the bottom left of the screen and this indicates that Max is at full health. When the player is shot the silhouette begins to fill with red and it is when it is full that the player dies. To combat this the player collects and uses painkillers strewn throughout the game and this drains the red from the silhouette, restoring Max to full health.

Weapons play a crucial part in the overall game-play. The game features many weapons including pistols (many of which can be dual-wielded), shotguns and sniper rifles. The game also includes projectile weapons including grenades and Molotov cocktails.

Interactivity also adds depth to the game, many objects throughout the game can be interacted with. TV's can be turned on, boxes and crates can be smashes and toilets can be flushed.

The game starts with Max Payne, a young NYPD cop, coming home one night to find his family senselessly slaughtered by a gang of junkies, high on a synthetic drug named Valkyr. That same drug has started to spread through New York City like a plague, and Max Payne sets out on a crusade for revenge.

The city is suffering greatly at the hands of the drug. Valkyr junkies are on an insane killing spree and many have died already. The Drug Enforcement Administration, DEA, make this new drug their immediate priority, to be stopped at any cost. Their plan is to use an undercover agent to infiltrate the ranks of the Mafia family that appears to be behind the distribution of the drug, and Max Payne, now a DEA special agent, is the man for the job. He begins to work undercover amongst the most nefarious mobster and murderers in the city.

While undercover, Max’s boss and best friend, Alex, who was the only one who knew his true identity, is murdered, and Max is framed for the act. The police think Max is a cop killer, and suddenly all the mobsters know all about him being a fed. Everyone is now out to get him. Max decides that he’s going to find his boss’ murderers and make them pay, in addition to tracking down the source of the Valkyr drug and make it's creators suffer.

Max seeks out the criminal Jack Lupino, who oversees Valkyr distribution for the Mafia. After killing him, he meets Mona Sax, who drugs him and leaves him to be found by the Mafia, who go and interrogate him.

Max eventually escapes the Mafia and gains access to a shipment of guns belonging to the Russian mob. Max uses these guns to get into the house of the head of the Mafia. He finds out that the Don is actually a small part of the bigger picture in the Valkyr market when the Don is killed by cronies of Nicole Horne, CEO of a company called Aesir Corp. Horne then injects Max with an overdose amount of Valkyr and leaves him.

When he wakes up, he goes after his only source, the phrase “Cold Steel”, which he overheard just before he blacked out. It leads him to a foundry with an old secret military base below it. He discovers that the drug was the cause of a military project to enhance soldiers’ stamina; the project was canceled a short time after it started. He also finds out that his late wife accidentally stumbled upon the project while working at the DA’s office, and so Nicole Horne let Valkyr addicts attack Max's home.

After leaving the base, Max gets a call from his colleague B.B. Hensley. He asks Max to meet with him in a garage. There, Max shockingly realizes that B.B. was actually the person that shot Alex and framed Max in the process. A short fight entails in which B.B. is killed. Max receives a phone call from a guy named Alfred Woden, telling him to go to the Asgard building. Alfred is a member of a secret organization known as the "Inner Circle". Woden informs Max about who Nicole Horne really is and says that the 'Inner Circle' can't go after Horne because they have other matters to attend to. They request Max to kill Horne in return for making sure that any criminal charges made against him are dropped. After the encounter, the room is raided by Horne's men. They kill everyone except Max, who swiftly escapes, and Woden, who pretends to have been shot.

Max enters the Aesir Corporations main building, where Horne is based. As he moves past the security guards and anyone else in his way, he runs into Mona Sax again. She is wounded by guards after refusing to kill Max. Max confronts Nicole and tells her that this whole chain of events started after Max's wife found out about the Valkyr drug project. Horne runs to the roof to the building's rooftop and enters a helicopter. Running up to the roof, Max shoots the guy wires of the building's antenna it then snaps off and comes slamming down on top of the helicopter.

The NY police arrive at the scene and promptly arrest Max. As he is being led out of the complex by SWAT the team, he sees Alfred Woden, who makes sure that he is cleared of all the charges made against him.

Part I: The American Dream

A Game Boy Advance version of the game was released on December 18, 2003, two months after the release of the second game. Due to the limitations of the Game Boy Advance hardware, the game is viewed from an isometric 2D perspective. The dream sequences have been cut from the game. The graphic novel-style cut-scenes have been retained and include voice acting, but the game lacks voice acting during game-play, instead presenting speech through text. It was praised by critics, and is considered to be faithful to its PC counterpart.

On April 12, 2012, Max Payne was made available for the iPhone and iPad for £1.99/$2.99. Dubbed Max Payne Mobile, it is the exact same game of the original with HD quality resolutions, touch screen controls and multiple aiming modes. It also features auto-aim that lets you target enemies easier. An Android version is scheduled for release on April 26th.

As displayed on the back cover of the box 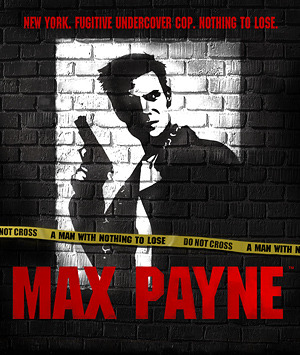