Dynasty Warriors:  Strikeforce is the third Dynasty Warriors game for the PSP and the first to use the revamped character designs introduced in Dynasty Warriors 6.  The game's structure is a dramatic departure from the main Dynasty Warriors series, as it features stronger RPG elements and a mission-based structure reminicent of Capcom's Monster Hunter series.  The game also features four-player simultaneous co-op, via local connections on the PSP release and online on the 360 and PS3 versions.

The basic gameplay in Dynasty Warriors: Strikeforce is relatively unchanged from previous titles in the series.  After selecting a mission, the player navigates a battlefield and beats up any enemies in his or her path while working to complete objectives.  The game features far fewer on-screen enemies than the average Dynasty Warriors game, and so there's less of an emphasis on wracking up large kill counts and more on accumulating points by defeating enemies and destroying items such as doors and ballistic weapons.  There is also an all-new inventory system in which the player can hold healing and status affecting items to use at any time by using the D-pad on the PSP.

Between missions, the player visits a village that serves as the game's hub.  Here, the player can buy items, store items and materials in a storehouse, have new weapons forged, and buy orbs to give weapons elemental effects.  Chi items can also be purchased to equip on the player's character to imbue him or her with special abilities.  The village shops can be upgraded over time with the use of Officer Cards, which boost each structure's experience following missions.

The biggest changes to the combat system focus around the game's new Fury system.  Rather than just a musou attack, when the player character's Fury gauge is full, the character can transform into a Fury state and become substantially more powerful.  The Fury gauge depletes over time while in this state, but while Fury is active, the player's character can leap significantly higher into the air and attacks take on new properies and deal greater damage.  A traditional musou attack can be triggered while Fury is active, depleting the remainder of the Fury gauge for a single, powerful special attack.  This new system also comes with a greater focus on aerial combat.  Characters can now leap high into the air and perform attack combos against airborne opponents, and many missions take place in stages with platforms and other elevated terrain that must be traversed.  The player can also lock on to enemies with the L Button, and the color of the lock-on cursor denotes the effectiveness of the currently equipped weapon on that enemy.

Character selection is similar to that of other Dynasty Warriors games, with the player selecting a faction and then a character from that faction.  The player then enters a name for the profile.  Once the player has progressed through the first chapter, the player's character can be switched out with one of the other available characters while in the village. 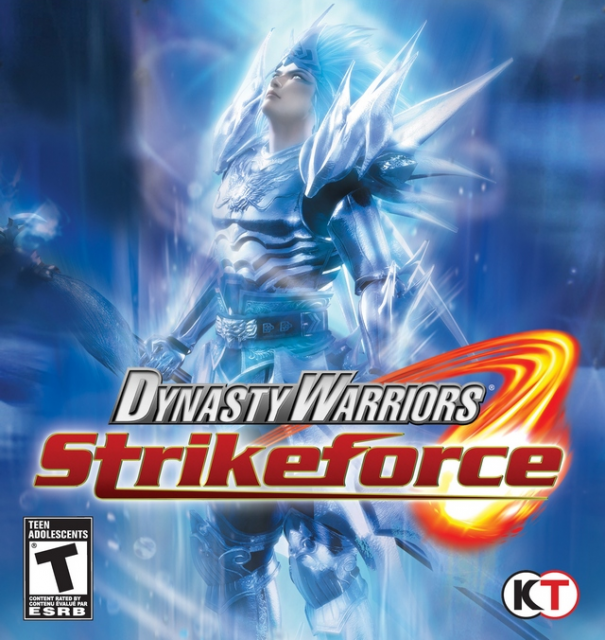