Full Spectrum Warrior: Ten Hammers is a squad based shooter that involves little shooting on the players part as the majority of the game consists of moving two accompanying squads around the map. However, the game did continue to iterate on the mechanics established by the original Full Spectrum Warrior. New editions include the ability to divide fire teams into smaller teams of two and deploy troops inside of buildings.

The story begins six months after the fall of the Zekistani regime as allied forces cope to ease the transition toward democratic government. The core story focuses on the efforts of American, UN, British and National Militia forces to quell sectarian division in the country. The seeds of civil war in Zekistan are being sown by Mullah Abdul Hassan, the leader of the Mujahideen. The narrative is broken up into four chapters consisting of three levels each.

The first chapter revolves around the seasoned Sergeant Santiago Mendez and rookie Sergeant Thomas Randolph as they fight their way to the Tien Hamir Monastery to save a captured American Sergeant. However, upon arriving at the monastery both Mednez and Randolph discover the body of Sergeant Eric Daniels in a nearby shed.

The third chapter centres on Sergeant Daniels and his mission to destroy stockpiled weapons at a nearby boathouse. After destroying the ship loading cranes and weapons at the boathouse, Daniels is redirected to assist nearby British forces in neutralizing enemy artillery stationed near the Tien Hammir Parliment building. The chapter ends with a miscalculated Allied air strike that kills two members of Daniel's squad.

The fourth and final chapter focuses on a disoriented Sergeant Daniels in the immediate aftermath of the botched air strike. Daniels is able to form a slapdash squad amongst the confusion in order to escort a bus filled with wounded soldiers and civilians through hostile territory and back to friendly lines. While en route to friendly lines, Daniels and his squad locate two MIA American soldiers, Corporal Picoli and Private Ota, but are surprised by an insurgent attack that rapidly overruns the Tien Hamir Monastery. During extraction via helicopter, Daniels decides to make the ultimate sacrifice and hold off the attackers rather than preserve himself. 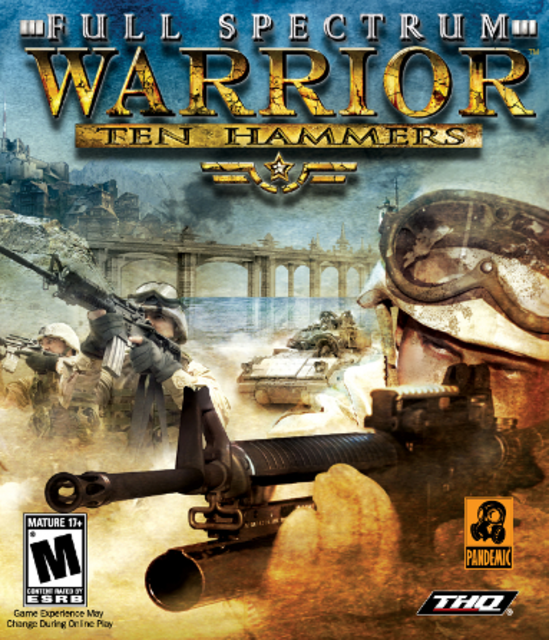