Battlefield 1943 is a historical-military multiplayer first-person shooter developed by DICE and published digitally by Electronic Arts for the Xbox 360 and PlayStation 3 on July 8, 2009.

A simplified sequel to Battlefield 1942, the game pits up to 24 players in the Pacific Theater of World War II as either the USMC (United States Marine Corps) or the IJN (Imperial Japanese Navy).

The game was later included in the console-exclusive Ultimate Edition of Battlefield: Bad Company 2. A PC version of the game was originally announced years later, before being ultimately cancelled in favor of Battlefield 3.

Battlefield 1943 is an online-only multiplayer game with three maps and three soldier classes. The game uses the Conquest mode where players traverse the map capturing flags for their team. Every time a soldier is killed, their team loses a ticket, which is similar to reinforcements. When one team has the majority of flags (at least 3), the other team will slowly begin to lose tickets. Players have three classes to choose from when spawning. The Rifleman class uses a semi-automatic rifle and can shoot rifle grenades. The Infantry class carries a submachine gun and also has an anti-tank weapon for destroying vehicles and structures (thanks to the Frostbite engine). Finally, the Scout class has a sniper rifle for picking off troops and can also plant dynamite along roads to blow up vehicles. A surprising feature of the game is every weapon having unlimited ammo. Rockets, grenades, and dynamite are also unlimited but after the player has exhausted their initial supply they must wait a few seconds for it to respawn. The player can also "reload" their supply of rockets by taking out the rockets and hitting the reload button. In addition to having unlimited ammunition is the regenerating health system that the game uses.

Along with the classes, players have multiple vehicles at their disposal. The newest addition to the console versions of Battlefield is planes. On two of the three maps, both teams start out on aircraft carriers with two planes that respawn after a certain period of time. Because the game is set in World War II, the planes only come equipped with machine guns and bombs to drop on the battlefield. Each map also has an airfield that players can capture that spawns planes and other vehicles. (Should the player need to bail out of their airplane, they can do so safely due to the inclusion of parachutes). The game also includes tanks, which are good for assaulting flags and taking out infantry, and jeeps, which are ideal for getting from one place to another quickly. The aircraft carriers have boats for the players who don't take off in planes, and the occasional boat can be found docked along the islands. Throughout their time with the game, players can earn stamps and postcards based on their performance and for performing certain feats. (Getting 10,000 kills will earn you one). They have no practical use.

Another new feature is the ability to launch an air raid. Each of the three maps has a special bunker that a player can enter. When they do, they become invulnerable and get to control a squadron of bombers that fly over the battlefield. While heading towards the island, the player can steer the fleet over a target. Once they are over it, they unleash the bombs, usually taking out several soldiers at once. The bombers can be shot down by enemy planes and AA guns, but it takes many hits. Doing so will lower the amount of bombs that can be dropped. Players may also notice a symbol on the battlefield: two crossed rifles. This is the Frontline icon, and it shows where most of the fighting is. Players can use this to their advantage when calling in an air raid.

Much like previous games, players can join a squad with other teammates. The squad leader can look at a flag and put a bright red circle around it for their squad to see. This is useful for telling teammates who aren't using a headset where they should go.

A fan-favorite of the Battlefield series (likely due to its use in the original Battlefield 1942 demo), Wake Island is a horseshoe-shaped island with a massive airfield on one side and aircraft carriers (serving as the spawn points of each team) far in the ocean on the other side.

The map is used for the game's Tutorial Mode.

Taking place during sunset (giving the map a unique sepia-tone), Iwo Jima is a long straight island with an airfield on one side and a tall mountain (Mount Suribachi) on the other side.

Like Wake Island, Iwo Jima is changed from its predecessor in that all flags start as completely neutral, with both factions starting on aircraft carriers on opposite sides adjacent to the island (rather than the IJN starting with four out of five flags controlled and the USMC starting on an aircraft carrier).

The only Conquest map with no naval combat, Guadalcanal is a large straight island where each faction starts in bases on the opposite sides of the island (each with an airstrip and land vehicles).

Along with an abundance of land vehicles, the map includes seven flags (two of which are locked to the two factions).

Coral Sea is a group of islands (with very tall rocks and mountains) that is used in the game's Air Superiority mode.

Players spawn on multiple aircraft carriers on opposite sides of the map, and must have more active planes within the main battlefield to "control" the area (essentially a one-flag Conquest mode with a large capture radius, in similar vein to King of the Hill modes in other games). Players who are not in an aircraft outside of the aircraft carrier die immediately. 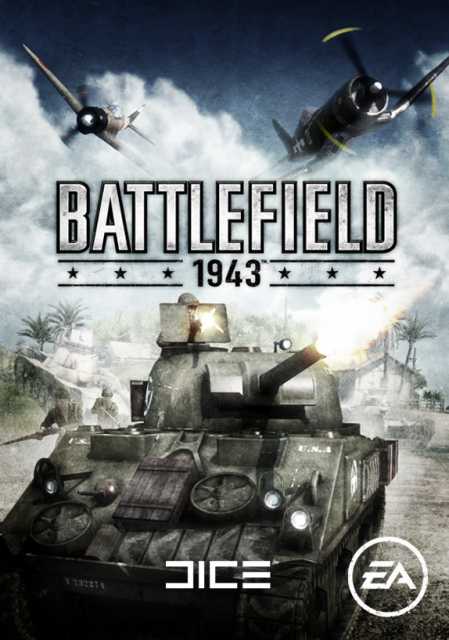