Mars: War Logs is an Action RPG set on Mars. The game was released for PC on April 24, 2013; the game was later released via both Xbox Live Marketplace and PlayStation Network. The game was developed by French developer, Spiders.

The game's story follows the mysterious and hardened ex-soldier, Roy Temperance, caught in a devastating war between two major powers: Aurora and Abundance. Roy and his various companions must fight to survive in a world full of political corruption, ideological battles, and the planet's many radioactive creatures.

The game's third-person combat features a combination of ranged and melee attacks, as well as the option to block and parry enemy attacks. The player can unlock a variety of skills and abilities along the way. 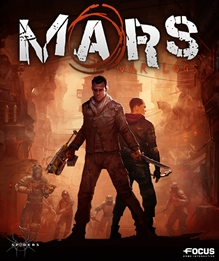