Resonance of Fate, known as End of Eternity in Japan, is an RPG produced by tri-Ace, in collaboration with SEGA, for the PlayStation 3 and Xbox 360. It was released in Japan on January 28, 2010. The North American version was released on March 16, 2010.

Resonance of Fate is a steampunk "gun battle RPG" and has no magic system or melee combat.. The world map is built with hexes, whilst dungeons are a combination of hex fields that have random encounters and sub-dungeons populated by enemies. During battle, the player will take turns controlling the three main characters, and will participate in "semi-realtime" skirmishes; if the play takes any action the games moves forward as if it were real time but if the player stops moving the battle will pause allowing for more tactical gameplay.

To explore the open world, the player needs to collect items known as Energy hexes. The map of Basel consists of hexes, and there are some hexes that aren't traversable. The player uses energy hexes on these hexes to travel through them. There are also some locations, such as mansions of cardinals, that need special energy hexes to be entered in. They require an energy hex of a certain color. There are also hexes that block the path of the player unless the player goes into battle, and there are hexes that house strong enemies: The player can avoid those areas but once they enter it to fight those enemies there is no escaping from combat. In addition, while traversing the map there are random encounters in some spots.

There are also terminals scattered througout the map. If given enough energy hexes, the terminal can emit a positive effect (such as increasing item drop rate) in certain areas while you fight. If connecting a terminal to a dungeon via energy hexes the entire dungeon will have the effect too when the player goes into combat.

The game is broken up into chapters which feature one story mission and several side quests. Each chapter begins with a cut scene detailing the upcoming objective. In most cases the player will be free to choose between completing the story mission first or the side quests, however there are times when only a single character will be available, making anything but the story mission at hand almost impossible.

Upon completing the story mission players will be offered the option to advance to the next chapter. Advancing to the next chapter will prevent the player from finishing any of the current side quests for the rest of the game. If the player wishes to complete all the side quests before advancing they may opt not to advance; the option advance chapter becomes available at the save point located inside the player's headquarters .

In addition to the story missions and side quests Resonance of Fate features an arena with various challenges and rewards. The player pays an entry fee for each round which is recouped if they are successful, in addition to monetary rewards each victory in the arena yields Battle Coins which can be used to purchase specialty and rare items which include weapon parts, consumable items, clothing and even weapons. The monetary rewards for each round begin small, but with each victory they increase, after ten victories the reward is capped. Should the player be defeated the entry fee is lost.

Resonance of Fate allows the player to customize the appearance of all three characters. Clothing, holsters, hair color and even pupil color can all be changed once the corresponding items have been unlocked. Clothing and cosmetic items can be purchased from a store in town or unlocked by placing Hexes on the world map.

A 17-year old orphan scouted by Vashyron to work for his mercenary company. He is silent by nature, when he speaks it's often only to make a sarcastic or disparaging remark. He has a dark past that Vashyron is aware of, though neither will speak about it.

A 26-year old former soldier who runs a mercenary company that takes any kind of job. Outwardly his only concern is profit, he will often force Zephyr and Leanne into ridiculous situations in order to get the job done. Despite the fact that he's often aloof towards them he cares a great deal for both Zephyr and Leanne.

A 21-year old girl who is rescued by Zephyr during the opening cinematic and becomes a member of Vashyron's mercenary company. She wields guns and grenades just as Zephyr and Vashyron do but with little confidence, often expressing doubt in her abilities. (Leanne is known as Reanbell in the Japanese version of the game.)

The entirety of Resonance of Fate takes place in the colossal machine city of Basel, where millions of its citizens follow an as of yet unnamed monotheistic religion. Citizens are living in this machine because the Earth is contaminated with poisonous gas and the majority of the population suffered from cancer a long time ago. Civilization could not adapt so they built Basel.The upper class, known as the Cardinals, are those who wield significant influence over society. They and their servants live in luxury towards the top of Basel in the region known as Chandelier. Meanwhile, the rest of the people live below Chandelier. The middle class live in the midsection of the tower while the poorer people (especially the miners) live in the very bottom of Basel.

The plot follows a group of mercenaries from the middle class: Vashyron, Zephyr, and Leanne. They live in Ebel City, just a floor below the lowest level of Chandelier. The plot is largely episodic, tying up towards the end.

You attack at the start of your turn, choosing a selectable character from your party. You're given an action bar and may move around the battlefield freely, use items, etc. The turn ends after the player attacks, uses an item, or if the action bar runs out. When a player attacks, a gauge will charge up but you won't be able to unleash an attack until it is full. You can pile up your charges to strengthen your attack and the closer you are to the enemy the quicker the charges will come. After all three members of the party have taken action, the turn ends. Enemies on the other hand do not have turns, they can only move when your party is moving or attacking.

When using a weapon there are two types of damage in the game: Direct damage and Scratch Damage. "Direct Damage" is caused by handguns and grenades and takes effect immediately. Then there's "Scratch Damage" which is brought out by machine guns, which is the damage that gradually refills over time. However, if a character does Direct Damage on an enemy that still has scratch damage, that Scratch Damage will become permanent damage.

There are "Invincible Actions", known as "Hero Actions" in the North American Version, that are the special moves in Resonance of Fate. When a Hero Action is activated, you plot a straight path for the character to follow. While following the path, you can shoot multiple times, switch targets on the fly, and your character is rendered invincible. Once you reach the end of the path, your turn ends.

For a Hero Action to occur, one bezel shard is required. If the player uses up all his or her bezel shards, then the team goes into critical condition; not only are they unable to do any hero actions but their combat ability is limited. Also, the damage that they take will become permanent damage instead of scratch damage. Likewise, the player can lose bezel shards by having one of the characters take too much scratch damage. In order to regain Bezel shards to do hero actions (or to avoid critical condition) the characters need to either kill an enemy or blow off a part of that enemy (for example, the characters can shoot off the body armor of a gangster and that would still result in receiving a Bezel Shard.

There are also conditions that can afflict the combatants in a fight, such as poison, burn, paralyzed etc. These conditions can be evoked from either grenades (such as toxic grenades) or from equipping a gun with special bullets (such as incendiary bullets that can cause opponents to burn).

While Resonance of Fate is an RPG, character progression and leveling up differs from your traditional experience. Experience is broken down into three categories; Handguns, Machineguns and Grenades. Damage done with each of these categories translate into experience points and a level in a certain type of weapon is gained once the character has done enough damage. Levels are cumulative, so each level in each category contribute to the characters overall level. A characters overall level increases their base Hit Points and the weight they can carry. Weight factors when deciding what modifications to put on your weapon and the items you can wear.

Instead of individual character statistics and attributes, each weapon can instead be customized to a very high degree, allowing the player to mix and match over a hundred different combinations of equipment and weapons to fit his or hers specific need. While there are different types of ammunition and grenades, they however remain static and interchangable with other types of ammunition and grenades, but not customized to the degree that your firearms can.

All in all there are different categories of items you can fix on your weapon.

Each of these categories has a certain number of different items that will alter the functionality of the weapon in question to a drastic degree. The options are liturally endless.

In addition each weapon has 9 statistics. Handguns have a special ability called Gauge Breaking, Machineguns have Attack Power Up and Grenades have Knockback Power Up. A character can power up the chance and total power of these special abilities while charging his or hers weapon when attacking or using a Hero move.

Aside from these weapon statistics, there are also an additional three factors that, while not determined by the weapon, can be increased/decreased dependent of which item the character has equipped, and the level of the weapons charge when fired.

While there does not exist a large number of weapons, each weapon handles differently and allows for different set-ups. Not particularly obvious at first, but once you get into the meat of the customization, each position and additional hook in your weapon will prove valuable.

While there does not exist a large number of weapons, each weapon handles differently and allows for different set-ups. Not particularly obvious at first, but once you get into the meat of the customization, each position and additional hook in your weapon will prove valuable. 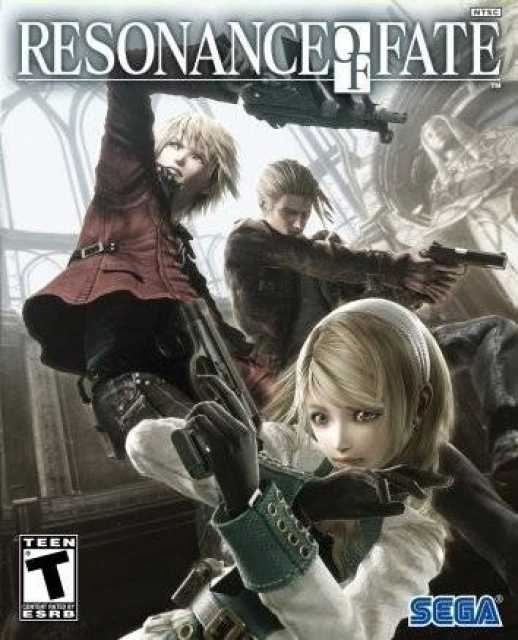