Future Soldier steps away from the Advanced Warfighter subtitle of the last two games, and puts players in the boots of soldiers in a science-fiction future.

The game steers clear of the heavily scripted tunnel vision that is prevalent in recent shooters. In contrast to the Call of Duty's of the world, the game encourages the use of tactics and Intel-gathering, and retains the open battle areas of its predecessors. In the single-player campaign, players will have to count on the A.I. to behave in a manner that fits with what the player is doing, rather than having to manually switch their behaviour between "recon" and "fight." In the solo campaign, the player can still choose to initiate combat by ordering the AI teammates to assault unsuspecting enemies, and while in combat, the player is still able to focus the AI teammates' attention on particular threats, or order them to heal a fallen teammate. Having Intel on what the Ghosts are up against is vital, and depending on the means by which this enemy intel is gathered (various optical modes, drone, sensor grenade, etc.), it will be shared among the team.

So while the gameplay's general feel is still tactical, the focus was placed on making the game a shooter first and foremost. It's a third-person game, but with controls meant to be familiar to the first-person crowd. Cover mechanics have been improved upon, with various tweaks, the most useful of them being the cover swap. Aside from the focus on making the game's controls feel less cumbersome, an important new feature is that the entire solo campaign can be done in coop ( GRAW 1 & 2 had solo campaigns, and separate coop missions, rather than fully cooperative campaigns).

Ghost Recon has always been known for letting you use state of the art technology. Future Soldier is no exception, letting you play with gear that doesn't even exist yet. You and your squad will be using an updated version of the Cross-Com system, It lets you analyze the battlefield in real time; letting you know where your enemies are and the best possible strategy to stay alive. Enemies will also have this, but you'll be able to hack their system and gain enemy intel. You'll also be equipped with an exoskeleton that will let you carry a lot of gear, move faster, jump, slide and engage the enemy in CQC. Like in other GRAW games, the MULE is back. The MULE is a small tank that can shoot up enemies and be used as cover.

The game features a gun modification system known as Gunsmith. Gunsmith allows you to modify or change any aspect of the gun you are using (including standards like optics, but extending as far as gas system choices).

At E3 2010, the game was presented as having you work within a four man squad, but most of these concepts mutated into what can now be seen in Ghost Recon Online, a completely separate F2P game destined for the PC and the Wii U. These were:

Future Soldier's E3 2010 plot was typical Tom Clancy. Russian ultranationalists are on the verge of taking over Russia and invading Norway. This would have meant that you'd be fighting in northern Europe, in cold, icy environments, which would have been a change from the Mexican desert of the two first games.

Kinect support for the Xbox 360 game was unveiled during E3 2011 at the Microsoft press conference. The game can be controlled by motions and verbal commands. This was shown in the Gunsmith weapons customization interface, allowing players to optimize their weapon for their desired circumstances by speaking or performing gestures, as well as testing these weapons out in a firing range.

Multiplayer features both co-op and competitive modes. Co-op has you and up to three friends working as a team, each having a different role.

The competitive mode of Ghost Recon Future Soldier, also known as adversarial mode, was developed by the team at Red Storm Entertaiment. The mode shipped with ten maps and four game types.

A character progression system , with up to 50 levels, allows players to choose between three different character classes. Throughout matches, players earn XP by performing in game actions such as kills, capturing objectives, teammate revives, and more. After a character gains a level the player gains an attachment point, which can be used to buy and upgrade weapons attachments. The weapons customization system is a deep and loving crafted system, perfect for any gun enthusiasts out there. This system allows players to spend attachment credits to unlock parts and then attach those parts in different configurations based on the players play style. If you total every unique combination of weapons and parts, it will equal in the millions. This should result in the possibility that each players gun will be drastically or at very least slightly different than the another players.

Tom Clancy's Ghost Recon: Future Soldier will feature a multiplayer beta to those who purchased Splinter Cell: Conviction on Xbox 360. Although it was promised eons ago, the latest news on this was that the beta would go live in January.

The game was first revealed in early 2010 during a Ubisoft earnings call, and was met with mixed, but generally negative reaction when it was shown in a hands-off demo at E3 2010.

Communication about the game was sparse until it was shown again at E3 2011, in 4 player playable coop mode, and sporting a new artistic direction. GRFS is set to release on May 22, 2012 on X360 and PS3, a full 4 years after its predecessor. As of late November 2011, the PC version was supposedly canceled by Ubisoft due to piracy concerns. However, on January 10th, 2012, the PC version was officially reannounced by Ubisoft, and reportedly will be released shortly after the console versions in May of 2012. 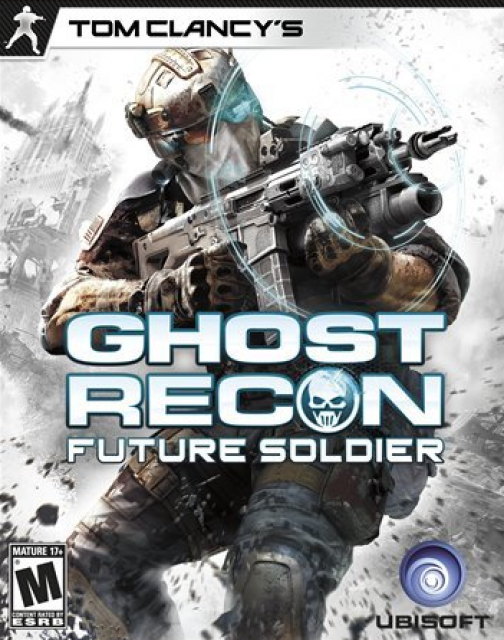