Swinging side scrolling run-and-gun by Capcom that would start an entire franchise. Ported to many of the computers of the day.

Bionic Commando is the predecessor to the famous Nintendo Entertainment System release of the same name. It is not the same game as the NES version, but does feature similar gameplay. The basic storyline involves 1980's Capcom mascot Joseph "Super Joe" Gibson invading an enemy country to assassinate their leader and stop another war before it can start.

The Bionic Commando series features the unique gameplay element of the bionic grapple arm which hoists the player to higher platforms and allows them to swing across gaps. Platforming is centered on this core concept so much so that this is one of the few games in this genre that does not allow the player to jump. Every move you make must involve thought on how to travel via the grapple.

Super Joe also comes equipped with a gun that can be upgraded with pick-ups dropped from parachutes.

The arcade version has been re-released as part of the Capcom Classics Collection Volume 1.

There is also a PC port of the arcade version that adds an additional level. 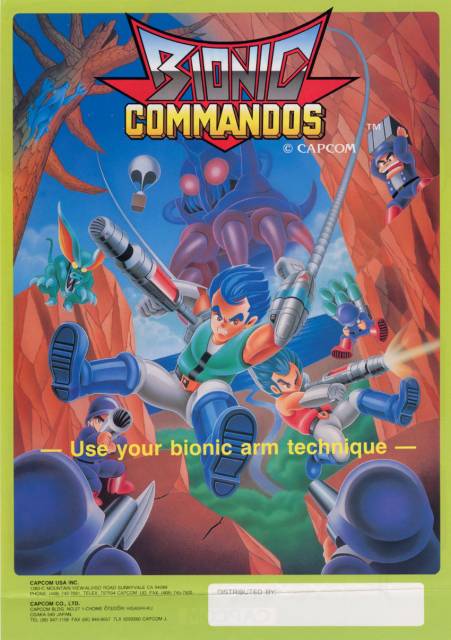