In Star Wars Battlefront: Elite Squadron, players control a rogue Clone Trooper who is fighting for the Rebellion through various conflicts from the Star Wars Universe. Players will play through the battles at different scales, including in outer space as they control spacecraft.

The PSP and DS versions of the game were made by different developers and the result is significantly different games. The PSP game boasts much deeper customization options as well as other differences from the DS game.

The story features a clone tropper named X2. The story itself is very minor as it attempts to bridge a story spanning every major Star Wars battle, but instead feels more like it was created around the fact that it wanted to merely place you in each battle. X2, under the command of his Jedi Master Ferroda, eventually betrays and kills his master under order 66. Filled with regret, he continuously betrays the Empire and helps the Rebels in numerous ways.

Elite Squadron is the first in the Battlefront series to allow practically seamless transitions between space, cruiser, and land battles.

Customization is a big part of the PSP version which switches out the previous class-based structure for a more create-a-class approach.

The DS version has the traditional class-based structure, 4 player online, and is played from an isometric view. 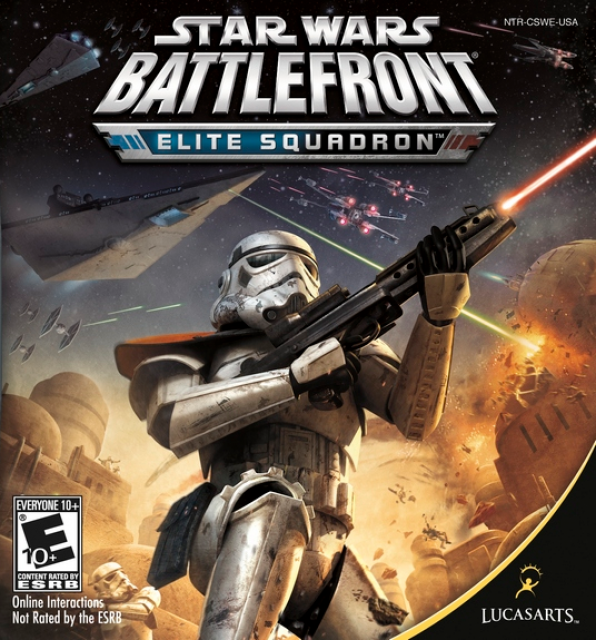