A multiplayer-focused, class-based first-person shooter running on id Tech 4, in which oppressive soldiers and anarchistic terrorists battle for the few remaining resources on a failed paradise known as the Ark.
Xbox 360 PlayStation 3 Xbox 360 Games Store

Brink (stylized as BRINK) is a sci-fi team-based first-person-shooter developed by Splash Damage and published by Bethesda for the Xbox 360, PlayStation 3, and PC on May 10, 2011. The base PC version was later made available as free-to-play on August 22, 2017.

The first original-IP game developed by Splash Damage, Brink takes place in the near-future man-made self-sustaining "floating city" named "The Ark", which is being pushed to the limit due to global warming, a flood of refugees, and lost communication with the outside world. Two factions are at war: the Resistance (whose goal is to distribute the Ark's resources to those in need and to establish contact with the outside world) and the Ark Security forces (whose goal is to stop the Resistance's terrorist plots and to prevent contact with the dangerous outside world).

The game is considered a spiritual successor to the developer's Enemy Territory series, focusing on class-based gameplay and multiple dynamic mission objectives utilizing each class's abilities (from using the Medic's healing ability to keep a VIP alive to using the Soldier's HE Charges to breach an area). Brink's scoring and persistent experience point system encourages players to work together as a team. The game's story is told through its eight multiplayer missions, which can be experienced as a campaign either alone (with A.I. bots) or online.

The Ark was built off the coast of San Francisco by the founders as a vision of the future, a future without pollution; a cleaner and higher status of living. Built as a prototype of a self contained city atop the ocean, it was also the first successful floating city, and a place where scientists and brilliant minds could make their dreams a reality. It didn't last long, as soon the prolonged effects of global pollution took their toll. The polar ice caps finally melted, with sea levels drastically rising most towns and cities became flooded others completely submerged. Wide spread panic caused many around the globe to rush to the Ark for safety.

At first, the Ark's founders welcomed the refugees with open arms, offering to let them work in menial and maintenance jobs for a share of the food and water. However, the trickle of refugees soon turned into a flood. In the original design it was constructed to house a population of about 5,000 people, but it became so overpopulated that the founders struggled to maintain control of the Ark's resources and people.

Now, in 2045, life on the Ark teeters on the brink of a civil war. The new generation of refugees on the Ark are tired of being treated like second-class citizens, while the leaders insist that the supposedly-renewable resources of the Ark are being stretched to the breaking point just keeping up with the new population. With civil unrest rampant the founders have called for volunteers to restore peace as part of a new Security force. Several of the original inhabitants volunteered to help restore order, while some of the new generation of refugees raised on the Ark are forming a militant Resistance group to take by force what the leaders won't give them.

Now completely cut off from the rest of the world, the Ark has been pushed into the brink of destruction.

The once prominent police force for the Ark, with the fall of the Ark's vision and overpopulation they have become made up of volunteers. They are fighting to protect what very little food and water is available, and restore order to the Ark. Led by Captain Clinton Mokoena.

Tired of being used as labor fodder by the Founder, they are made up of terrorists who rebelled and want to overthrow "The Man". They want more food and water rations than the other survivors on the Ark, and insist on using remaining resources to seek outside help. Led by Brother Joe Chen.

The base game includes eight maps, with two maps later added as downloadable content. The DLC maps were initially released for free in an attempt to prevent splitting up the playerbase, and were later made purchasable.

Brink is a FPS designed with a heavy focus on Team-Based objectives; using command points as spawn points and featuring four playable classes - each offering unique ways to help the players' team. A dynamic mission system (similar to Enemy Territory: Quake Wars) offers players both simple and complex ways to help their team. It changes based on your current location, the status of your team, class, and various other factors. Completing missions and matches earns XP which can be used to get new weapons, attachments for weapons, and tons of character customization options.

Whenever you take enough damage you will fall down and be in an "incapacitated" state. You have a few choices when this happens:

When an enemy is incapacitated you can land a "finishing move" that will kill them, and thus the enemy team won't be able to revive them. This execution style move is quick and almost instant. It is also a good idea as it conserves ammo, rather than dumping a magazine in the enemy when he is down.

Spawning is done is waves which is fairly comparable to Splash Damage's earlier title Enemy Territory: Quake Wars. In Brink there is a constant "internal" clock that is constantly counting down from 15 seconds. When the timer hits zero it repeats the process again. This timer goes for the whole team not just one player. Any players queued to spawn will spawn at the same time.

In an effort to maximize fun and fairness amongst players Splash damage has taken some extra measures to ensure balanced gameplay by removing/toning down common exploits and spamming such as:

Bots can fill in your spot while you are gone. They also replace quitters in order to auto-balance teams. Playing against bots in single player will provide the same amount of experience as playing against human opponents, and experience points as well as purchased abilities will carry over from single player to multiplayer seamlessly. The skill level of bots also depends on the level of the player, although due to community response the developers have considered making bots the same regardless of player rank.

Matchmaking is split into ranks to give low-level and new characters a fair playing field. Rather than a level 15 player being matched against a level 2 player, the level 2 player would be sorted into rank 1, meaning that the highest level opponent he could face would be a level 4.

Ranks also affect which abilities you can purchase. Each ability requires a specific rank to use.

The five ranks and their level ranges are:

If players want to face higher-level opponents, they can so by changing their matchmaking settings while searching for or creating games.

A series of goals that, when completed, push the team forward for victory and awards tons of XP. Objectives are time based and as such can be attempted as many times as desired as long as there is time remaining. The time left for the objective can be seen in the objective wheel.

Failure to complete main objectives will result in a victory for the other team. Whenever a major objective is completed the time limit for the next objective will be reset. Objectives require different classes as certain things like construction cannot be achieved by any class other than the engineer.

There are a four classes in Brink. Each has access to special abilities tailored to it's specific role. Playing with one particular class will expand it with newly earned abilities, which in turn open up new strategies and play styles.

You can identify which of your teammates belong to which class by their gloves and back pack; each class carries a different, corresponding set. While you are at a command post, you can switch to a different class in real time without having to respawn, and you will be told how many members of each class are currently on your team so you can make a better choice.

Keeps their team fully stocked with ammunition, is in possession of explosives to destroy barriers which unlock short cuts, and can impede the enemy with various types of grenades.

Helps keep everyone on their team alive and in the fight, and can even give them health boosts to extend their longevity on the battlefield.

Capable of boosting their team's weapon damage and armor, can also plant land mines and turrets on the field, is also capable of repairing/constructing most objectives to help their team progress.

Can "tag" targets for all of their team to see, is capable of hacking enemy turrets to use against them, can disarm and plant sticky bombs, and can take on the appearance of a fallen enemy.

Can only be carried as secondary weapons for all body types.

Can only be carried as primary weapons for the Heavy body type.

Characters can be customized with different shirts, hoods, tattoos, masks, bandannas, pants, as well as basic facial structure. Players may also choose from 3 different body types when designing their character. All customization options other than body type are cosmetic, so you can pick whatever your heart desires without worrying about what has better defense or gives you more accuracy.

Unlike a traditional FPS game where the player must play a separate character in the campaign and multiplayer, Brink allows you to advance the same character whether you are playing online or the single player campaign. Players can choose between a list of different accents for their character, which serves as their voice in the campaign and when issuing commands in multiplayer.

Guns can be customized with various attachments, such as drum magazines, taped on magazines, red dot sights, scopes, stocks, grips, and different skins. Each changes the numerous attributes of the weapon. Most come with advantages and disadvantages: e.g. drum magazines add more bullets for less frequent reloading, but extend reload times; silencers can increase accuracy, but at reduced damage; grips can increase stability for less recoil; et cetera. The more attachments you add to your gun the heavier the weapon becomes, also making it take more time to equip. "Resistance" weapons and "Security" weapons differ in look and sound. Security weapons look more pristine and sound more clean and new, while Resistance weapons appear dirty and scavenged, and sound weathered.

There are 4 different retailer specific bonuses, all of which were later made available as paid downloadable content. 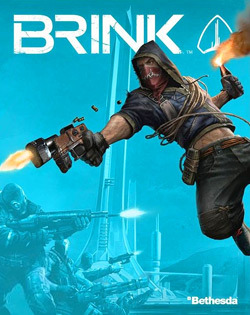