A historical action game loosely based on the story of English samurai William Adams, as he helps slay the yokai that infest Sengoku-era Japan while hunting down a malicious alchemist.

Nioh is an action RPG game with players taking the role of William Adams, a rare foreigner samurai who works for Hattori Hanzo under Tokugawa Ieyasu. As William, the player must fight their way through both human warriors and demonic yokai to bring peace to Sengoku-era Japan.

Nioh features hack-and-slash survival action similar to that of Dark Souls, as players must use careful positioning and stamina (ki) management in order to survive the many enemies that William faces. Even the most basic enemy is capable of killing William in a few hits. However, William has many tools at his disposal, and can even pick up additional weapons or armor from fallen enemies on occasion.

The game had been in development since October 2004 and went through several iterations before finally being released in February 2017.

In the year 1600, after being betrayed and left to rot in the Tower of London, William Adams manages to break out with the help of a guardian spirit. However, his spirit is soon captured by the English alchemist Edward Kelley, who plans to journey to Japan to steal the magical "Amrita" stones in order to strengthen the rule of Queen Elizabeth.

William journeys to the land of "Zipangu" (Japan) to find Kelley and take back his spirit. While there, he notices that strange beasts called yokai have ravaged the countryside, and fights his way through them. His skill attracts the attention of master ninja Hattori Hanzo, who offers to help William track down Kelley in exchange for slaying the yokai.

The player character of Nioh. A rare foreign samurai from England, he has traveled to the mystical land of Zipangu (Japan) in order to hunt down the alchemist Edward Kelley, who stole his guardian spirit. Upon arrival, he quickly finds himself embroiled in the machinations of Tokugawa Ieyasu, who seeks to unify Japan under his rule.

A powerful alchemist working under John Dee in the service of Queen Elizabeth, he stole William's guardian spirit in order to navigate to Japan. His ultimate goal is to collect the Amrita stones, which are in abundance in Japan, and use their energy to strengthen the English crown as well as his own power.

A master ninja serving Tokugawa Ieyasu, who teaches William how to use a variety of weapons and ninja techniques.

The development of Nioh from the initial reveal to release took just under 13 years since originally being announced in October 2004 (as Oni).

Along with the announcement of Oni the game, came the announcement of a feature film with the same name. Both were originally planned to be released in 2006. The film would be inspired by an unfinished script from legendary Japanese filmmaker Akira Kurosawa (before he died in September 1998) and directed by his son Hisao Kurosawa. However, the movie production was cancelled in 2005 for unspecified reasons.

At the 2005 Tokyo Game Show, Koei announced that the film was canceled, but that production of the game was still underway. Following this announcement, no new information about the game was released until a year later with the debut of a new trailer at TGS 2006.

Oni the game was originally conceived in 2004 as a Japanese role-playing game (JRPG). However, co-producer Kou Shibusawa did not feel a JRPG would fit with the script. Production then shifted to Omega Force, where Oni would be reimagined as a Dynasty Warriors-style musou game. However, Shibusawa again was dissatisfied with the production, and scrapped the idea later.

Following TGS 2006, after changing the title to Ni-Oh, Koei remained silent on the game's status until the April 2009 issue of Famitsu revealed that Nioh was still in development.

At TGS 2010, it was revealed that development of the game had been handed off to Team Ninja, the development studio under Koei's new partner Tecmo, responsible for the Dead or Alive and Ninja Gaiden series. News on the game died down significantly after 2010, except for occasional statements from Koei Tecmo to say that it was still "under development."

Both Team Ninja and the remaining staff from Koei that worked on Oni had the basic concepts in mind, but were unsure of how to use them. Oni co-director Fumihiko Yasuda tried to use the unfinished Kurosawa movie script, but in the end couldn't make it work within the game and cut most of it out. The only things that remained were the Sengoku-era Japan setting and the protagonist being a blonde-haired foreigner.

Yasuda and the surviving Koei team decided to create an original story loosely based on William Adams, a real-life English navigator from around the early 17th century who became a rare Western Samurai and trusted advisor to the future shogun Tokugawa Ieyasu. Combining his story with the James Clavell novel Shogun (also loosely based on Adams history), the team finally had a base for the story and the main character of the game. On top of that, fictional stories of Japanese yokai were mixed in liberally to add supernatural elements to the game.

Meanwhile, Team Ninja was hard at work on designing the gameplay for Nioh, as they noticed the increasing popularity of brutally hard action-adventure games such as Dark Souls, and started creating Nioh's gameplay with that series as a big inspiration, along with other video game series like Onimusha and Diablo. Some members of the team even credited the popularity of the Souls series for keeping Nioh from being outright cancelled.

The End of Development

Eventually Nioh was revealed at the 2015 TGS as a Playstation 4 exclusive, and would be released worldwide in October 2016. However, the release date was pushed back to February 2017 in order to give the development team time to make adjustments based on player feedback from the demo and polish the localization for markets outside Japan.

Though Team Ninja developed an internal alpha build in 2012, the build that incorporated the new ideas of Koei staff and Team Ninja into Nioh was never seen until April 26, 2016. The alpha test was released exclusively through the Playstation Network, and about 850,000 people downloaded it. Among the feedback provided was that the high difficulty, missing tutorial, and awkward controls made Nioh hard to play.

Team Ninja made adjustments and released a second, "beta" demo between late August and early September of 2016, and received more feedback to make further changes to the game.

The third demo, titled "Last Chance Trial," was released on January 20–23 2017, offering free DLC for the full game to those who beat it, and showing off the improvements that the development team had made. 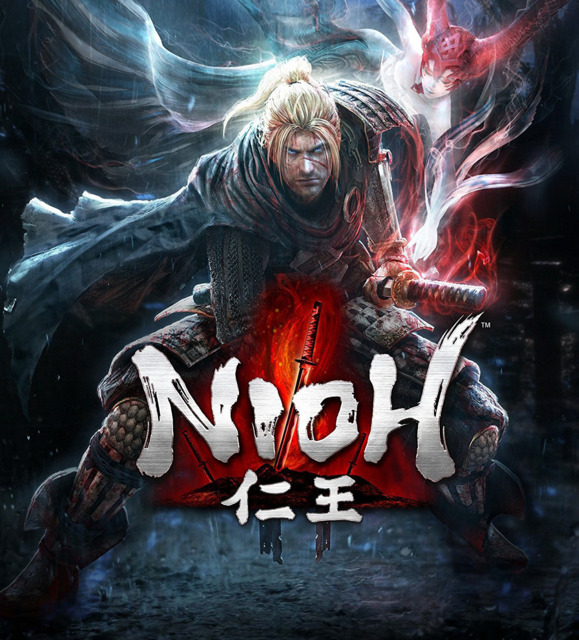