Phantasy Star Portable 2 is very similar to other Phantasy Star games.  The majority of gameplay will be action combat, with close range weapons such as swords, long range weapons such as firearms, and magic weapons.  Rapid attacks in succession will lead to combos that cause more damage to enemies.  A large portion of the game aside from the combat is loot gathering, be it weapons, equipment, or other items which can be used to make your characters more powerful.  While the game is very linear, the "hub" concept of Phantasy Star Universe returns rather than the menus of Phantasy Star Portable, although in a smaller scale, and only at Little Wing HQ.

Set three years after the events of Phantasy Star Portable and Phantasy Star Universe, the story begins with the main character joining a group called "Little Wing," a private military organization based out of a space resort called CLAD-6.  Although the battle against the SEED was a success, the three years of fighting have caused a significant lack of resources in the Gurhal system.  Because of this, the quest for locating more inhabitable places has taken top priority, and Little Wing is there to help.

While the main character is not a GUARDIAN as in more recent Phantasy Star games, the organization is still part of the universe, and you will be recognized as a former GUARDIAN if you carry over a save file from Phantasy Star Portable.

The original race of the Gurhal system.  Humans are well-rounded and can function in any role.  They have the highest DFP (defense), MST (mental stamina), and STA (stamina) of any race. Humans also have decent TP   (technic power) and PP (photon points).  Humans can use dark element Mirage Blasts.

A race of genetically-engineered humans designed for optimum intellectual and spiritual powers, Newmans have the highest TP (technic power) as well as the highest number of PP (photon points) of any race.  Newmans also posses high ATA (attack accuracy) and EVP (evasion).  Newmans are weak in HP, ATP, and DFP, making them less suited to melee roles.  Newmans can use light element Mirage Blasts.

An artificial race of androids, CASTS excel at ranged and melee combat.  They have the highest ATA and HP, as well as strong ATP and DFP.  They also regenerate PP faster than other races.  However, they are weak when using TECHNICs, as well as when defending against TECHNIC damage from enemies.  CASTs can use SUV attacks.  CASTs also have a separate clothing system as well -- rather than equipping clothes like the other three races, CASTS equip Parts.

A race of genetically-engineered former slaves, Beasts were designed for manual labor in the mines of the planet Moatoob.  Beasts have the highest ATP and EVP, as well as high HP, but have low ATA and PP recovery, making them poorly suited to using ranged weapons or TECHNICS.  Beasts can use Nanoblasts.

The types available in Phantasy Star Portable 2 are:

A type specializing in melee combat, with high HP, ATP, and DFP.

A type specializing in ranged combat. Rangers have high ATA and ATP.

A type which specializes in the use of TECHNICs.  Forces have high TP and MST.

New to PSP2, the Vanguard is a multi-role specialist capable of changing strategies as the need arises.

Emilia -   A member of Little Wing who is cold towards others and quiet about her past.  Uses rod weapons.

Kraz - Guardian of Emilia and leader of Little Wing, this Beastman is the comic relief of the game.  A little slow but serious when it counts.  Has a shady past as a criminal.  Uses twin handgun weapons.

Yuto - Introduced in the game by attacking the members of the group, later on joins Little Wing after Emilia decides to save him after losing the initial battle with the group.  As member of the Karsh tribe, he has no education, and therefore acts more on instinct.  Uses spear weapons.

Lumia - Part of the GUARDIAN Investigation Unit, is distrustful of Emilia and Little Wing.  Appeared in PSU as a young girl.  Uses rod weapons. 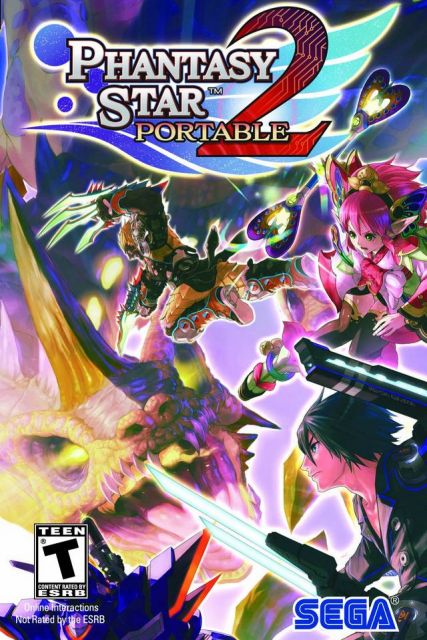