A game only released for PAL region Atari systems, this surprisingly complex game features a dragon fighting for survival in strange and varied landscapes, collecting crystals to increase its survivability, and rescuing dragon eggs to ensure its species' survival. An ambitious and sadly little-known game.

One of the victims of the 1984 computer game industry crash, Wing War for the Atari 2600 was only released in Europe for PAL-compatible systems.  It was the only Imagic game that was not released in North America.

In it, the player takes the role of a dragon.  This dragon collects eggs and elemental crystals, which it returns to its lair.  The eggs will hatch into more dragons, while the crystals give the dragon increased power if combined properly, though they can't be placed together if in opposition at the lair, lest they annihilate each other.

Standing between the dragon and collecting these objects are various creatures which take a number of hits to kill (many drop the crystals you need when defeated).  Your dragon destroys these enemies with fireballs, but these are limited and so must be used prudently as they do not replenish.

When the player dies, any eggs the player has collected can hatch into a new dragon with a ten fireball supply, so eggs are extra lives, in a sense.  Maneuvering resembles Joust in that the fire button flaps the dragon's wings, while fireballs are released through the unorthodox use of the upper-right diagonal on the joystick.

Each dragon can take 10 hits before it becomes vulnerable, dying with the next hit.  There are multiple, varied dungeon areas to explore, and the stronger enemies increase in damage capacity as the game progresses (see the 2 , below).  Crystal collection and combination, retrieving the diamond, and killing enemies each scores points.

The types of creatures (or obstacles), their crystal rewards if any, and their hit capacity is as follows (organized alphabetically): 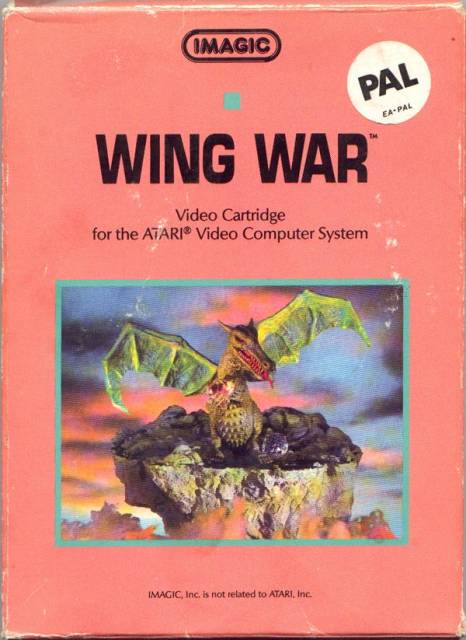