Nation Red is a PC game available on the online download service Steam, and was available on Direct2Drive/Gamefly.

The game is an arcade-style shooter that is played from a top-down perspective as the player fights hordes of zombies and zombie bosses, picking up weapons and power-ups whilst generating experience points to level up and gain perks, with the ability to modify the game difficulty mid-game via pressing TAB and altering the slider on the bottom of the screen.

There are a variety of game modes including :

Free play (available in single player and co-op) which allows players to fight an never-ending horde of zombies while levelling up and picking up power-ups,

Survival (available in single player and co-op) pits players against the clock with no perks or power-ups,

Barricade (available in single player and co-op) which is the same as free play, except the zombies come in waves rather than as part of a constant spawn,

And a series of 18 Campaign missions (single player only) that are each available on 5 difficulty settings.

Nation Red supports multiplayer on a local connection as well as online, with support for up to 4 players in one game.

Each Player can select a class from 4 options from the main menu, each of which give a general bonus, have a difference in stats such as Movement speed or Armour, and a damage bonus with 2 weapons :

Nation Red has seen several large, free updates. They have added such things as: additional weaponry, maps, game modes, balance fixes, and most significantly, the ability to have up to 4 players in a multiplayer game as mentioned.

Mission mode presents you with a series of 18 missions, each requiring different tactics to complete. After you complete each mission, the next in the series is ‘unlocked’ and can then be played. The levels are:

The player is given a single weapon and there are no power-ups nor perks to collect. The objective is just to survive as long as possible and your final score is based solely on that period of time you managed to stay alive for. This is the game's hardest mode.

While similar to the Survival Mode, in Free-Play you can collect power-ups, gain experience and select perks upon levelling up. The goal is to gain the maximum experience points and your final score reflects just that.

Allows you to fine-tune Free Play. Set Zombie AI, speed, strength, the weapon to use, the damage done to you, and the total number of zombies to kill. Your scores in this mode are not saved since you can create limitless levels of difficulty. Use this mode for practice only.

Defend against endless waves of zombie attack. Each wave increases the number of hostiles and likelihood for bosses to be spawned. Use barricades, sentry guns and NPC soldiers to help you preventing zombies from reaching the base entrance or overrun/destroy your position.

Note: sentry guns can be manually reloaded and upgraded to weapon stations by standing next to them.

Perks are persistent modifications to your character and will last throughout the whole level until you die, but do not carry over playthroughs.

Perks are unlocked by amassing experience points and leveling up - whenever you do so, you get to choose a new perk from a list that is presented to you.

Should you decide not to select any given perk by pressing "cancel" you will instead receive an "unselected perk bonus" at the end of the game, which is added to your final score.

Strategic Mode - Instead of a random list of perks/perks given when you level up, Strategic Mode allows you to select the exact perk you want, however there is a maximum limit of twenty five perks per game.

Random Perk Mode - The default mode. A random list of seven perks is given when you level up.

Auto Perk Mode - Auto Perk Mode allows you to select your favourite list of perks which can be edited at any time between games. When you level up, the game will randomly, but intelligently assign new perks to you from the perk list. This mode is only available to players once they've completed all the levels in the mission mode.

Power-ups are dropped by zombies upon their death and can be collected by walking over them; they only last for a short time, the time being extended through perks.

Weapons are gained the same way as power-ups, by zombies dropping them at random.

The player can have 2 at one time, and is able to lock either or both of them so they aren't replaced by a random drop mid-sprint from the horde. 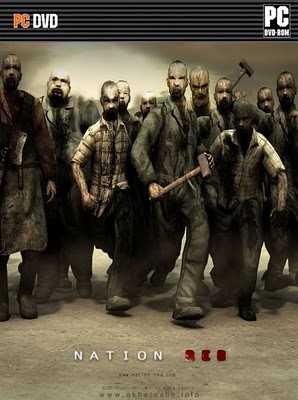