The Lord of the Rings Online: The Siege of Mirkwood

A digital expansion to the Lord of the Rings Online MMORPG that focuses on the forest of Mirkwood and the tower of Dol Guldur.

This expansion introduced the following changes and additions:

Skirmishes were probably the most significant addition to the game introduced in the Siege of Mirkwood expansion.

Skirmishes are repeatable instances that the player may scale to fit their level, group size, and desired challenge level. Several elements of each instance are randomized to provide a varied experience over repetitions. Each instance is designed to be relatively brief (30 minutes or shorter), and was intended to fill breaks in the main gameplay such as a wait for group members to assemble.

Each player may also recruit, train, and equip NPC Soldiers to bring into Skirmish instances. Soldiers may be assigned various roles, such as tanking, DPS, healing, etc., and advance along with the player. The player is given only limited control over Soldier followers, which was intended to avoid imposing pet class mechanics on players who deliberately choose not to play a pet class.

Changes as a Result of Free-to-Play

Age of Conan: Rise of the Godslayer Fiesta The Lord of the Rings: Aragorn's Quest World of Warcraft: Cataclysm 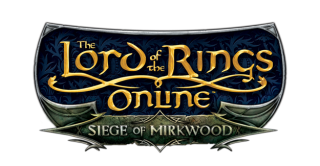