Bob Came in Pieces is a physics-based puzzle adventure game where you control a spaceship through increasingly challenging levels. A big part of the gameplay revolves around rebuilding your ship with various parts that can drastically alter your movement and abilities.

Bob Came in Pieces is the first game by Swedish developers Ludosity Interactive. It was first released on December 21 2009, and later through Steam on January 22 2010.

In the game you play as Bob, an alien who has crashed with his spaceship on a strange planet. Not only did Bob loose a bunch of important parts for his ship -- he is also late for work! The goal of the game is to guide Bob's spaceship through a number of puzzle-filled levels and try to collect as many ship parts as you can find.

The gameplay in Bob Came in Pieces revolves heavily around physics-based puzzles and challenges. You often push and pull or manipulate different objects in order to advance. Sometimes you need to use high speed and momentum to smash through iceblocks or fly by a fan blowing strong wind, and so forth.

As your progress through the levels you'll find various ship parts that you can use to rebuild and modify your ship at specific "building stations".

The pieces you can find are:

The individual pieces also have different weight properties so you also need to take mass into consideration. A light ship is useful for fast ma neuvering and fitting through small gaps while a big and bulky ship might be useful for smashing through stuff and pushing heavy objects.

There aren't any enemies in the game and you can't die. You can get stuck between objects but you can immediately revert back to the nearest building station at any time.

Bob Came in Pieces is without a doubt a game built with speedruns in mind. All levels have silver and gold challenges for completing them under a certain time limit, that function as the game's leaderboards and Steam achievements.

What makes the speedruns unique is that you need both good gaming skills and good ship building skills in order to succeed. Having a suitable and efficient ship design for the level at hand is crucial to getting a good time.

On May 12th, 2010, Ludosity Interactive released a free update to the game in the shape of 6 special "VR missions".

As the name imples, the levels all have a "virtual reality" look to them. All levels also feature new leaderboards and Steam achievements.

One of the new levels is a recreation of the very first Super Mario Bros level, but with a twist. You can't use rockets and simply fly your ship to the end as you would on a regular level, instead you have to "jump" your way across by using push beams under your ship. 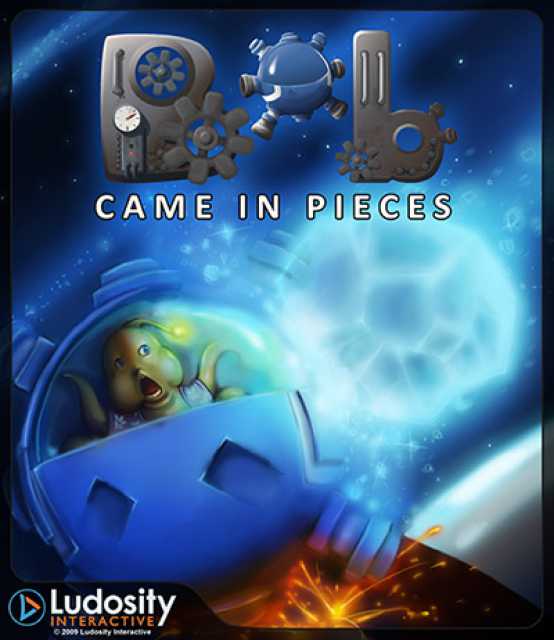