A faux-retro prequel to Dark Void. Pixelated jet-packs abound in this 8-bit side-scrolling shooter for the DSi, PC, and iPhone.

The story of the game's development, as put forth by its creators is that in 19XX the "original" Dark Void was to be one of the first games to be made for the "Playchoice-10" a dual screen arcade machine by Capcom. However, the Playchoice-10 project was discontinued and thus the game never saw the light of day. In the year 20XX, Capcom stumbled upon the project in their vault and were inspired to make Dark Void (2010) for the PlayStation 3, Xbox 360 and PC, and re-released the original Playchoice-10 Dark Void under the name "Dark Void Zero" on Nintendo's DSiWare service, PC via Steam and iPhone/iPod Touch.

Similar to the story in Dark Void, an alien race called the Watchers are stuck in a limbo zone between their world and Earth. Called "The Void", many unstable portals have been the only way in or out in the past, however there is one portal, called "Portal X", that the Watchers have stabilized. So far, human survivors trapped in The Void have been unable to destroy it.

Initially, Rusty can only walk, jump, and shoot in eight directions. If he finds a jetpack, he gains the ability to hover by double-tapping the jump button, and to fly straight up by jumping, pressing the jump button again and holding it.

Rusty will encounter many kinds of enemies on his mission to destroy Portal X, including turrets, patrolling soldiers, and mines. Many enemies later in the game may be similar to their early-game counterparts, but may shoot missiles instead of bullets, or have better armor. Additionally, new enemies are continually added into the mix.

At the end of each level, Rusty will encounter a Watcher in a armored ship called a Dark Guardian. Each time Rusty faces-off against the Dark Guardian, the guardian gains new abilities, such as shooting homing bombs. Additional "stages" are also added to the guardian fight. For example, the Mark II guardian gains a weapon that is able to shoot Teleforce Lance-like lasers in multiple directions.

Scattered around the world are weapons, power-ups, and items that Rusty can use to fight the Watchers.

In each facility are five collectibles that Rusty can collect (or destroy as the case may be) to fulfill a side-mission for extra points. 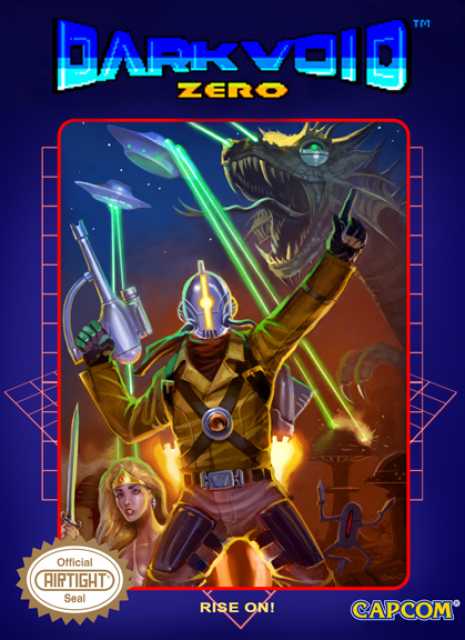