The premiere title from Brightside Games, Zeit² is a side-scrolling shooter featuring abstract visuals and a time mechanic that allows you to travel back in time to fight alongside your previous iteration.
Xbox 360 Games Store

Zeit² is the first title from independent German developers Brightside Games, and is published by Ubisoft. It began as a project by students at Technische Universität, Berlin, Germany in 2008, and is now available on Xbox Live Arcade and Steam. Before its release, Zeit² was nominated for several awards including Microsoft Dream Build Play 2008, the 2009 Independent Games Festival Student Showcase, and the 2010 Indie Game Challenge. "Zeit" is the German word for "time".

Zeit² is a side-scrolling shooter in the vein of classics like R-Type. Visuals are reminiscent of flOw while using time mechanics similar to Braid. You fly around ,shoot enemies, grab power-ups, and the like. The game has 6 different game (arcade, waves, etc.) and leaderboards. Health and the rewind ability are capped. In addition to when the player is shot or touching an enemy, health also goes down when certain enemies past you, when you shoot and ,rewind time. The more health a player has the larger his size.

The time abilities allow the player to rewind and fast forward time. After the ship rewinds, a black clone is made and does your previous actions to help you fight. Fast forwarding simply makes the game go faster for a chance increased at multipliers. Some enemies can only be destroyed by your time clone. 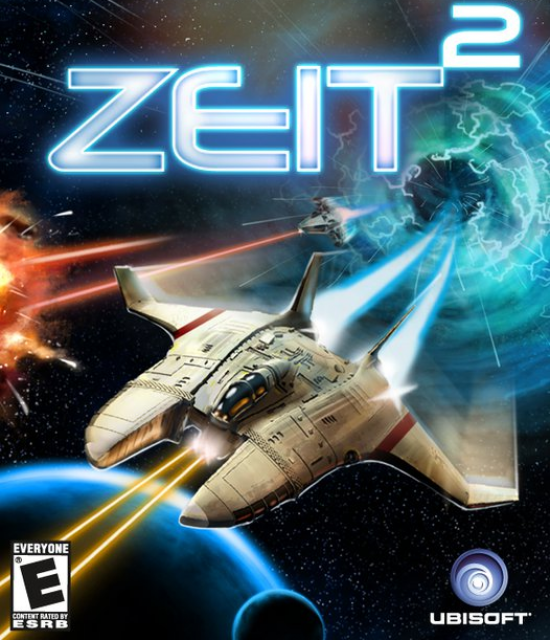