The second boxed expansion for City of Heroes, focused on the gray area between the two sides. Heroes will be turning Vigilante, and Villains will be going Rogue.

City of Heroes: Going Rogue is the first retail expansion to City of Heroes since 2005's City of Villains, launched on August 17th 2010 alongside the game's 18th "issue" or free content update, titled Shades of Gray

Going Rogue adds 4 new powersets across the ten base Archetypes, 4 new zones in the alternate dimension of Praetoria, as well as the ability to switch or further reinforce a character's moral alignment through Tips.

Issue 18: Shades of Gray adds the Tip System, merges the Hero and Villain markets, allows trading beween alignments previously not allowed,adds new features to the Mission Architect, and reintroduces the Cathedral of Pain Trial, which originally launched with City of Villains, but has remained inactive for a long time since.

Originally an alternate dimension only explored in bits and pieces by high level Heroes hoping to stop evil doppelgangers of signature heroes from invading Primal Earth. Players are now able to start new characters as Praetorians, a new neutral faction, and fully explore the dimension for themselves, deciding wether they want to be loyal to Emperor Cole, or join up with the underground Resistance.

Nova Praetoria is an artificial island built after the Hamidon Wars, housing the five most influential structures in Praetorian government, as well as Emperor Cole's Tower. It was designed to sit higher than any other district in Praetoria, built over the Lethe River as a natural defense between the city and the hostile surrounding lands.

Imperial City is the commercial and entertainment hub of Praetoria, with the entertainment district of Aureas, but also houses the Behavioral Adjustment Facility. The BAF was established to treat and hopefully someday cure Praetorians afflicted with the Tellurian Plague, a plague spread by the spores of the Devouring Earth. Imperial City is also the location of the headquarters of the Total Praetoria Network (TPN), and it's companion ministry, the Cultural Direction & Education Center.

Neutropolis is the industrial district of Praetoria, where the city is powered by a near limitless supply of energy thanks to the three neutral polarity synchronizing reactors on Keyes Island, and also the home of Lambda Sector, the training facility for Praetoria's military. After Imperial City and Nova Praetoria were founded, many businesses moved out of Neutropolis, inciting a mass exodus of the people there as well, leading to the residential areas being torn down and replaced with business parks and warehouses.

The Underground is a network of tunnels below Praetoria, where maintenance and transportation for the city takes place, out of public view, to keep the above ground portion of the city unspoiled and uncluttered. It has also become the home of the Resistance, who have set up several hubs by hacking into maintenance rooms and resetting the door codes. Between the Resistance, the Ghouls, and the Destroyers, the tunnels of the Underground are the most dangerous parts of Praetoria.

Praetorians are the new faction introduced in Going Rogue. Upon creating a new chracter, you can choose to be a Hero, Villain, or Praetorian. Praetorians are the only faction that can currently get to Praetoria, but around level 20, they will be sent to Primal Earth and given the choice if they want to become a Hero or Villain.

While in Praetoria, characters will either become a Loyalist to Emperor Cole, or join the Resistance. Each alignment has two different mission paths, Power and Responsibility for Loyalists, and Crusader and Warden for Resistance, each with their own moral choices, which will allow you to remain your current alignment, or begin working for the other side.

Dual Pistols is a powerset available as a Primary to Blasters and Corruptors, and as a Secondary for Defenders. It's unique features are flashy, extravagant animations, and the Swap Ammo power. Swap Ammo allows players to modify the secondary damage and effect of your attacks by swapping between Incendiary, Cold, and Chemical rounds. Incendiary will add additional fire damage, Cold will slow enemies and debuff their recharge, and Chemical rounds will debuff the damage an enemy can do.


Demon Summoning is a Primary powerset for the Mastermind archetype. The mastermind is a pet class, and Demon Summoning, predicatbly, allows the player to summon Demon pets. The unique power in the set, Hell on Earth, allows you to buff one pet's damage and tohit for a short period of time. While the buff is active, your pet will also spawn 8-10 Living Hellfire pets of it's own, that will assist in attacking it's target. The caster attack powers in Demon Summoning are Hellfire Whip based, and like all Hellfire attacks, do Toxic damage and debuff enemy resistance.

The three pet tiers are Demonlings, Demons, and the Demon Prince. Demonlings are the basic minion pets, which come in three flavors, Fire, Cold, and Hellfire (Toxic). They mostly attack from range, and have some AoE and melee as well. Demons come in two types, the Ember Demon, a ranged attacker who will heal and buff the resistance of your other pets, and the Hellfire Gargoyle, a strong melee fighter. The Demon Prince is the "tank" of the pets, with his high hit points and added defenses, he deals cold damage in melee.


Kinetic Melee is a powerset available as a Primary to Brutes, Scrappers, and Stalkers, and as a Secondary to Tankers. It's based on siphoning the energy of your opponent and using it against them, each individual attack will debuff your enemy's damage output. It also has a way to use their energy to buff your own damage in Power Siphon, which upon activation, will let the caster stack up to 5 applications of it's damage buff for the duration of Power Siphon, each triggering on a successful attack.

For archetypes with a critical mechanic (Scrappers and Stalkers), critical hits of the power Concentrated Strike will deal no extra damage. Instead the critical will instantly Recharge Power Siphon or Build up (Power Siphon has been replaced by a traditional Build Up power for Stalkers only). Tankers on the other hand, get stronger damage debuffs from their attacks than other archetypes.


Electric Control is a Primary powerset available to both Dominators and Controllers. Most Electric Control powers have a chance to arc from the original target to other nearby enemies. Arcing controls are shorter duration than non-arcing, because they can hit multiple enemies, but are quick to recharge. The actual control types of the set vary from hard controls like holds, to soft controls like knockback, stuns, confuses, and endurance drain.

The new Alignment System in Going Rogue allows Heroes and Villains to change their alignments through Tips and Moral Choice missions. It also introduces two new "moral gray" alignments, Vigilantes and Rogues. This allows one players to experience all of the game's content on one character, or reinforce their existing alignment, each of which has it's own unique benefits.

Starting at level 20, defeated enemies that are level 20 or higher will have a chance to drop a Tip. If you Investigate the tip, it will bring up a description of the mission the tip is for, and allow you to choose how you want to approach the mission. Depending on what you choose, completing that mission will earn you a point for the alignment of your choice.

You can earn 5 Alignment Points, and after the fifth, a 20 hour cooldown begins before you can earn any more. After you earn 10 Alignment Points, a Moral Choice mission will be one of the next Tips that drops. Using these Moral Choice missions, you can take a Hero to a Vigilante, a Vigilante to a Villain, a Villain to a Rogue, a Rogue to a Hero, or simply reinforce your existing alignment.

The benefits for reinforcing Hero or Villain alignment are Hero Award Merits or Villain Award Merits. These Merits are a new kind of currency that can be redeemed at vendors in Fort Trident for Heroes and The Crucible for Villains. These Merits allow players to purchase many of the same things Reward Merits do, like Invention Recipes, but also allow then to purchase extremely rare Invention Recipes that were previously only available as drops, such as Purple and PvP Invention Set Recipes.

The benefit of going Rogue or Vigilante and staying there, is that you become a Tourist. Tourists can travel freely between Paragon City and the Rogue Isles, and team with both Heroes and Villains. Tourists are also allowed to run their own Paper and Radio missions, and also complete Safeguard and Mayhem missions, but they cannot interact with any new contacts. For example, a Villain turned Rogue can travel to Paragon and complete their Radio missions and Safeguard, but the contact earned through the Safeguard cannot be interacted with until you finish going Hero. All of your old Villain contacts are still available.

Issue 18 brings back one of the most challenging Trials in City of Heroes, the Cathedral of Pain Trial. The Cathedral of Pain is one of the strongholds of Rularuu the Ravager, where he attempts to pierce the barrier between his realm and ours. Players have one hour to stop Rularuu from gaining this power and obliterating out dimension. The Trial is balanced for 3 teams of level 50 characters, but characters that are at least level 35 can participate. Each team leader must be in the hosting supergroup, and only 24 players total are allowed in the Trial. 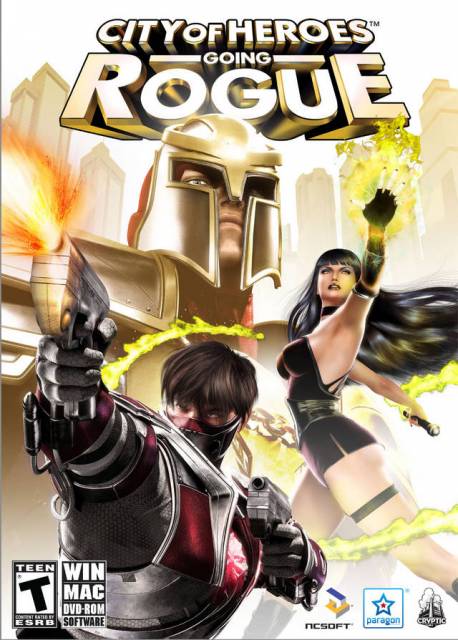