Breach is a class based first-person shooter in a modern day setting. After their game Six Days In Fallujah was cancelled, Atomic Games set about applying the technologies that had been developed for the game and experience with military simulations to develop a new title, with a focus on real-world equipment.

In a similar vein to Zombie Studios' Blacklight: Tango Down, Breach is only available via download and its sole focus is on multiplayer, with the maximum player count set for 8 vs. 8.

While originally scheduled for a late summer 2010 release, Breach was delayed because the team "missed a small window set by Microsoft". A new release date, January 26th, 2011, was later announcd. Because of the delay, Atomic were able to add a new game mode, called "Hardcore".

The game uses a cover mechanic, similar to the one used in the Rainbow Six: Vegas franchise, in which the player can snap to cover with a button press. The view will then switch from first-person to third-person perspective allowing players to see around the obstacle while remaining in cover.

From this position players can either blind-fire, lean out for a more accurate shot, or quickly pop-up into first-person perspective and back again.

The destructible environment is the highlighted point of Breach. It's very detailed, similar to Red Faction: Guerilla. When a grenade explodes next to a wall, a section of the wall isn't blown away. Individual bricks and wooden planks are independent of each other and will break away from the wall. If you're a Recon and want to make a small hole to shoot through a wall, you can shoot away just one brick to maximize the amount of cover.

Breach has a selection of five maps on which to play the game's various modes.

Breach can be played in one of five different game types

The game features online persistence, where you earn XP and can spend it on weapons, perks, and upgrades, as well as working toward rank upgrades, moving from Grunt through three tiers each of Agent, Operative, Specialist, and Lieutenant before the highest rank, Commander, which is also divided into three tiers.

Breach features five classes typical of contemporary multiplayer shooters, each with their own unique skills and weapons. Each class takes the USP .45 as a sidearm, and below is a list of weapons available to each class:

The Rifleman is a mid-ranged class specializing in automatic rifles.

The Gunner is on of the slowest classes in the game, but makes up for it with light machine guns and hand grenades at his disposal.

III-equipped to deal with close-quarters combat, the sniper is at home at a large distance providing cover for his teammates.

The support class has a very limited range, but makes up for it in stopping power.

Less armored but more speedy than his cohorts, the Recon class excels at taking objectives and being a general nuisance to the opposing team.

There are a total of 11 gadgets to unlock

There are 13 perks total to unlock.

At PAX East 2010 a beta build of the game was on show, and the code was almost stolen on the last day of the convention. Luckily members of Atomic Games saw the would-be thief and caught him in the crowd. It was later discovered that he had only copied 14mb of the code. 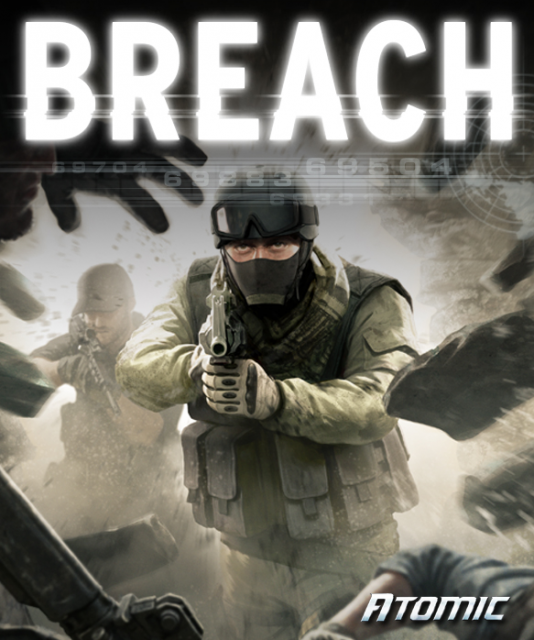