The combat robot Atomic Robo-Kid is the only defense humanity has against the alien scourge in this multi-directional shoot 'em up from UPL.

Atomic Robo-Kid is a multi-directional shoot 'em up from UPL, released to arcades in 1988. The game was subsequently ported to the Sharp X68000, Sega Genesis, and a number of home computers in the west. There was also an Atomic Robo-Kid: Special edition released exclusively for the PC Engine, which has significant differences compared to the other home versions.

The original arcade game was later remastered as part of Hamster's Arcade Archives range for PS4.

The game's structure follows in a series of traditional side-scrolling levels before Atomic Robo-Kid fights an enormous boss in a self-contained arena in which he can move freely. After defeating this boss, the player moves to the next set of stages. Atomic Robo-Kid can hold onto three power-ups at once, but loses whichever one it currently has equipped upon its destruction. 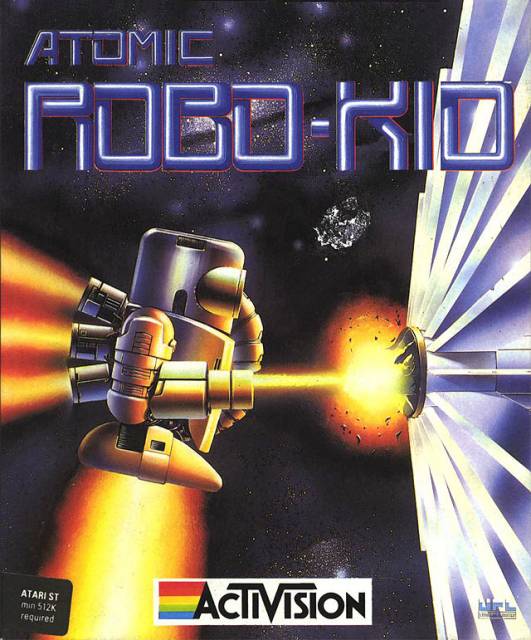