LaserDisc arcade game released in 1984 that was later ported to Sega CD and iOS. Players take to the skies in their Super Cobra attack helicopter to save the world from terrorism.

Cobra Command (JP: Thunder Storm) is a FMV-based action game that was originally released on LaserDisc. Like many FMV/LaserDisc games, the player interacts with an automatically playing video and follows the prompts on the screen: either shooting down enemy vehicles with the target reticle, or holding one of the four cardinal directions to avoid a mid-air collision. Failure to do either will cause the video to halt and start over from a set milestone, costing the player a life.

The game was later ported to Sega CD by Wolf Team (the Japanese name of this port was changed to Thunder Storm FX) and released in all territories. In Europe it was bundled with Sol-Feace (another Wolf Team game) for the Sega CD's launch in that region. A version of the original LaserDisc game was released on PlayStation and Saturn in 1995, alongside another FMV game Road Blaster. In 2009, Revolutionary Concepts developed an enhanced iOS port. 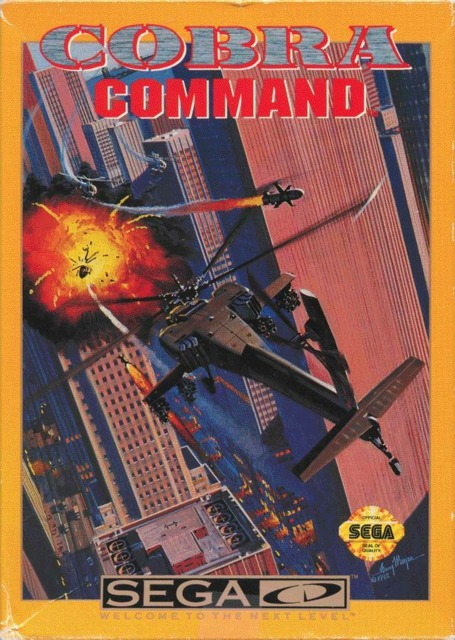