Horizontal scrolling shoot 'em up developed and released by Apogee in 1996. It has the distinction of being the last title published under the Apogee brand.

Stargunner, released late in 1996, was Apogee's final game. Stargunner represented the first completed attempt at a game for all of the developers involved. While the commercial success of the game was mild, it launched the careers of the 3 programmers who all moved on to find success in the games industry. Stargunner's artist also found success in his chosen field, though outside of games.

The game itself was written in C++, but with heavy usage of assembly for the video and sound routines. It was one of only a few games that could run at 60 frames per second on the current "486" hardware of the day. Most of the art was developed on the Amiga using Deluxe Paint. In fact, the game was originally supposed to be an Amiga game with a PC version supposed to follow; however, the PC version soon overtook and led development, and the Amiga version was eventually dropped.

Stargunner was released as freeware on June 22, 2005 and is available for download from 3D Realms and Gog.com. 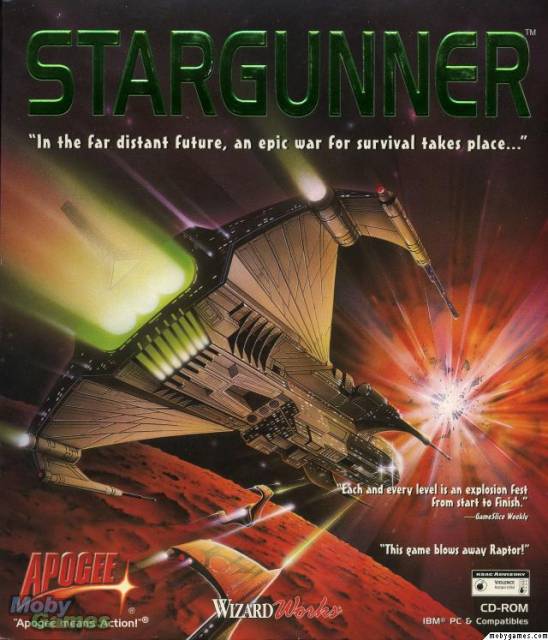