A 3D platformer adventure featuring the cast of the Muppets. As Kermit the Frog's nephew Robin, absorb as much "evil energy" as you can while restoring the other Muppets, who have been transformed into parodies of classic movie monsters, to their normal selves.

Muppet Monster Adventure is a comedic 3D third-person action-adventure platformer developed by Magenta Software (along with Jim Henson Interactive) and published by Midway for the Sony PlayStation in North America on October 20, 2000. It was later released in Europe by SCEE on November 7, 2000.

Featuring characters from the Muppets media franchise, Muppet Monster Adventure spoofs classic horror films as protagonist Robin the Frog (nephew of Kermit the Frog) must use a special "Power Glove" to store "evil energy" emanating from Castle von Honeydew and rescue the other Muppets (who have been transformed into classic movie monsters, including "Noseferatu", "Wocka Wocka Werebear", and "Ker-Monster"). Aiding him is Dr. Bunsen Honeydew (whose late uncle owned the castle) and Pepe the King Prawn.

The game draws heavily from other "collect-a-thon" platformers, with its unique mechanic being the ability to "morph" into a similar type of monster as the transformed Muppets. This gives Robin new abilities for that level, such as gliding through the air with a pair of bat wings (once the "Noseferatu Morph" skill is unlocked). 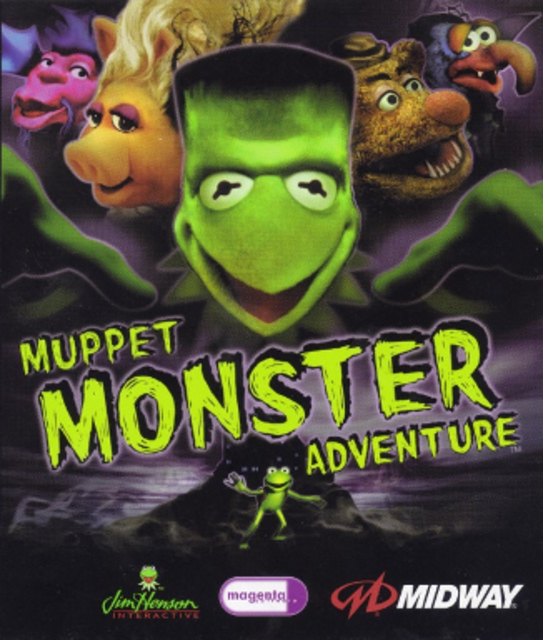