Warriors are in the front row of the battlefield. They take the most damage while dealing high damage to their enemies and serve as the classic tank class. Humans are able to specialize as Blade (Job 2) or Blade Master (Job 3), while Orcs specialize as Berserker (Job 2) and Berserker Hero (Job 3). 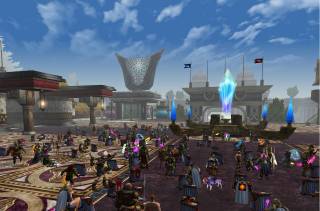