It's World War Two all over again in the 4th installment of the Commandos series.

Commandos 3 is actually the fourth game of the Commandos series developed by Pyro Studios. It is yet again set during the second World War and Its structure and gameplay is mostly the same as in previous installments. The games campaign mode is actually separated into three different campaigns all taking place in a different theater of war.

A new cover mechanic was also introduced into the game, which gives commandos the ability to cover an area, ready to automatically shoot any enemies that close in on his location. It is useful for covering doors. Area covered is displayed much like that of the line of sight displayed on guards. This made it much easier for the commandos to defend themselves from a frontal assault and is much more accurate than manual fire.

The number of commandos was reduced from previous games to just 6. These are the Green Beret, the Diver , the Sniper, the Spy, the Sapper and the Thief. Commandos such as the Driver were removed, as their special abilities (in this case driving) can now be carried out by other commandos.


Real name: James Blackwood.
Birthday: 3 August 1911.
Birthplace: Melbourne, Australia.
Can use his scuba gear to dive underwater and stay there indefinitely. This is useful to disarm underwater objects such as sea mines. He is also the only commando who can pilot boats. Also has a grappling hook and can throw knives at enemies.

Real name: Jerry McHale.
Birthday: 10 October 1909.
Birthplace: Dublin, Ireland.
The Strongest of the commandos. Green Beret has the ability to carry heavy objects. He can also bury himself in certain areas. His main attribute is his Knife, which he can use to silently take out enemy units without attracting attention. Army boxing champion from 1934 to 1937.


Real name: Thomas Hancock.
Birthday: 14 January 1911.
Birthplace: Liverpool, England.
He is an expert in heavy weapons and explosives such as C4 and flamethrowers.

Real name: Sir Francis T. Woolridge.
Birthday: 21 March 1909.
Birthplace: Sheffield, England.
Has the ability to shoot enemies at very long range. To initiate this the player must place the cross hairs over the unit to be shot.


Real name: Rene Duchamp.
Birthday: 20 November 1911.
Birthplace: Lyon, France.
Can disguise himself in the clothes of enemies and walk through enemies without attraction attention. While in an enemy uniform the spy can distract guards and, if wearing a high ranking uniform, order low ranking soldiers to face a certain direction.

Real name: Paul Toledo.
Birthday: March 1, 1916.
Birthplace: Paris, France.
As the smallest and fastest of the Commandos, thief can climb walls as well as jump through windows. He can pick locks on doors and boxes. 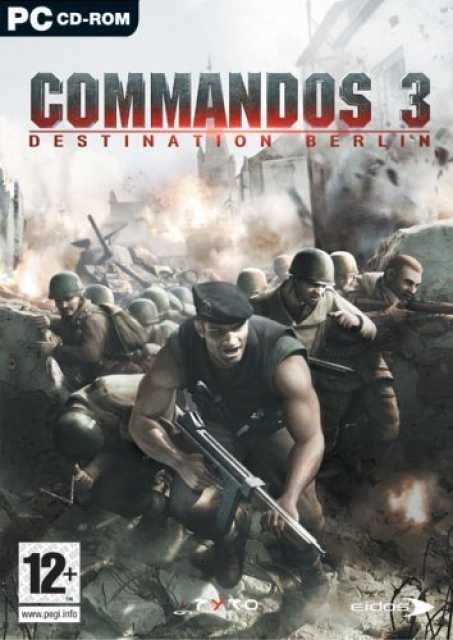