The Ico & Shadow of the Colossus Collection

A re-release of two classic Team Ico games that feature HD graphics & stereoscopic 3D support. Features originally found only in the Japanese and PAL versions of the games (co-op play in Ico, for example) are included in the North American release for the first time.
PlayStation 3 PlayStation Network (PS3)

The HD versions are based on the European release which means that the games contain additional features not present in the original North American version on the PS2. Alongside the different artwork, the Ico remastering contains altered puzzles from the original release. It also includes the ability for players upon completing the game to allow them to restart and see the English translation of Yorda's speech and make use of the two-player mode that was not included in the original American release of the game on the PS2.

Shadow of the Colossus meanwhile has a slightly different ending as well as some small tweaks to the gameplay. The gameplay changes are that the stamina system depletes slightly faster than on the PS2 and so climbing is more difficult and the player is move easily knocked off their balance or tossed around whilst on top of a Colossus. The game's framerate is also slowed down upon defeating a Colossus for several seconds as the player strikes the killing blow rather than immediately transitioning to the death animation as it did on the PS2 release.

The collection was initially due to be out in Spring of 2011, but in April, Team Ico announced that the HD collection along with their current game, The Last Guardian, would be delayed. A Japanese trailer was released in the run up to E3 2011 stating a Japanese release date of September 22nd 2011. In Japan, the games are released separately on disc, while also being made available in a "Limited Box" which also includes an art booklet and a code for downloadable content. Sony's US and European PlayStation blogs confirmed the game's final release date as September 27th and 30th, respectively. 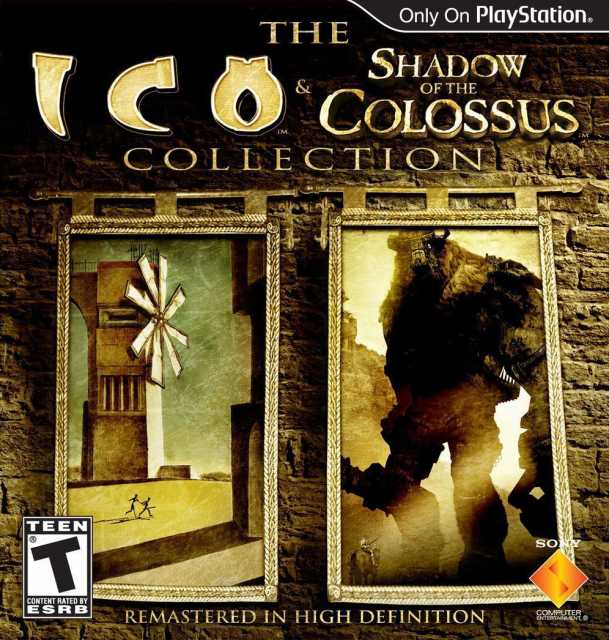