A shooter released on the Xbox Live Marketplace on September 24, 2010 for 80 Microsoft points, A Shooter was developed by independent studio Sorcery Games. As a traditional side-scrolling shooter in the same vein as Gradius or Scramble, A Shooter does not have much in terms of plot or gameplay depth, and is exactly what it is described as in the title. The game received mediocre reception, as most criticized the game for being too simplistic or too easy.

Upon its release, Sorcery Games held a contest for those who could score the highest in the game. Players who topped the online leaderboards won a T-shirt depicting the Sorcery Games logo. Five different players won a T-shirt, with only one player actually completing A Shooter's thirteen levels. The first winner, SinedX360, was the first person to get a score on the leaderboards, differing from the other winners of the contest.

The gameplay of A Shooter is fairly simplistic, even compared to other games in the side-scrolling shooter genre. The player is on the left side of the screen, and enemies approach from the sides as the player attempts to reach the boss, progressing to the right. At the end of each of A Shooter's thirteen levels is a boss, who must be defeated in order to move on to the next stage. A Shooter also allows players to reload any level that has been reached (even if it has not been completed).

As a traditional shooter, the game naturally contains a variety of power-ups and items. The power-ups mostly consist of additional lasers in other directions, aiding in destroying the more difficult enemies appearing from all sides in later levels. Bombs function differently than normal. Instead of destroying all enemies on the screen, bombs destroy lasers surrounding the player's ship. Another variety of the bomb transforms all enemy lasers into score boosting fruit.

A Shooter also contains an offline multiplayer component, for up to four players. Each player appears as a differently colored and shaped ship. Player power-ups are not shared, requiring each player to collect their own items and weapon upgrades. A Shooter also has online leaderboards, as well as the offline multiplayer mode. However, unlike Xbox Live Arcade and retail Xbox 360 games, A Shooter's leaderboards only function correctly when in direct communication with a host Xbox 360, requiring multiple players to be online when a score is made (this is typically circumvented by the developer keeping a constant host Xbox 360 online and playing the game). 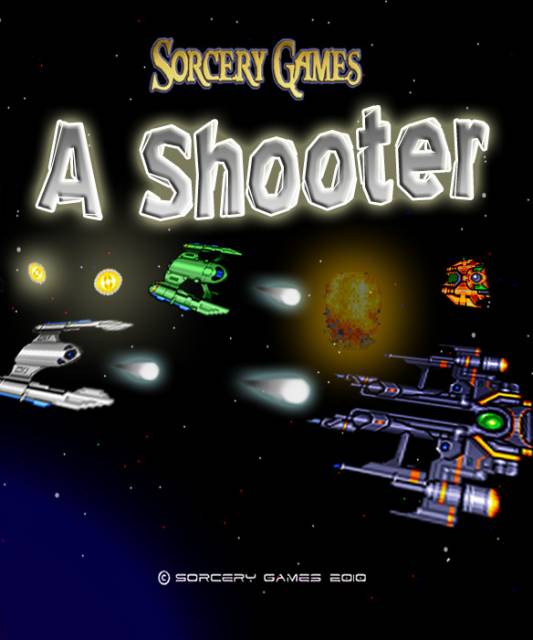